…“It is not everyday that a Talibanistani family shows up on your doorstep, with strange warnings about powerful lasers and killer satellites.”…

“Fatima!” shouts Aldona Afridi to his wife, as he sees her pass by the room in which he seated uncomfortably. He raises enough of a ruckus that consulate personnel moving her are forced to reunite them — at last. He does not understand why they are being handled so awkwardly.

To this point Afridi is not impressed. This vaunted democracy operates similarly to his totalitarian homeland. His original theories, when he set his defection in motion, had the Americans welcoming him immediately as the hero he really was going to be, thereby acting on his whims at once. Instead he is left only with the knowledge that his family had completed their escape routes. Surely this is wonderful news, but definitely shy of his altruistic goal.

“Aldona!” If her husband was having his doubts, imagine what his wife was thinking; alone in a strange land with 2 little girls and left to try to explain a sketchy version of Afridi’s story.

“Fatima,” Afridi echoes, embracing her as close as he was allowed! In the back of his mind were thoughts

about his newfound “friend” in Istanbul, Mehmet Ali Erim. He is brushed aside like a swarm of Tibetan Sandflies.

He grasps her shoulders at arm’s length, checking for signs of torture; such were the low sights he was now setting for their ordeal. “They are not acting on my information, Fatima. Every minute is crucial yet they are sitting on their hands!”

“Perhaps they do not believe you. It is not everyday that a Talibanistani family shows up on your doorstep, with strange warnings about powerful lasers and killer satellites.”

Does his wife now doubt him, as a crackpot delusional dreamer?

He turns away from her, wondering how such a noble cause goes so unheeded. But he should not doubt Fatima’s devotion, yea confidence in his reasoning; she comforts her frustrated mate. “I am told that you must wait for the American Ambassador, he is on his way from Ankara.”

“And don’t leave out the CIA European Chief,” adds Elliot Deming as he enters the room. “They are in charge now, going through the proper channels to sanction your farfetched story Mr. Afridi.”

“It may appear unbelievable on the surface, but I swear I need to speak with Director Crippen. He will distinguish of what I speak.”

…A suddenly apprehensive Afridi gazes at the slow-moving water before him, the crescent moon reflecting back the ripples. He could not be party to stifling mankind’s advancement past it…

“To keep our solar system free of those who want to conquer it, we need the firing codes for the Sang-Ashi Probe,” The Sheikh is impatient.

“Sang-Ashi will protect itself, if the occasion warrants. I built in superior internal defenses,” Afridi is confused.

“We need to have manual control over it…..and we need it now!” The Sheikh’s arms are shaking angrily.

“You want access to the manual dump mode for the laser control!?” Trepidation replaces restlessness for Afridi. If all this is about sabotaging the World Space Consortium, of which Talibanistan and the United Korea Peninsula are not a part, he wants no part of any such strategy. To him personally, Space Colony 1 is to be exalted, not grudged with bad intent. The Sheikh and Nae Tan-Dan must be forgetting that the person they are asking to betray the World had expressly expressed interest in participating in the project they wish to destroy. “I have to get some air, to help me remember the code.”

“If you must Afridi, but you must be quick about it. Tan-Dan must leave for his country as soon as possible.”

Afridi is stalling, “I have too many passcodes in my brain, please excuse me.”

It is way past late at night, technically morning on this side of the planet and the men in the car are becoming annoyed with the delay. They go on conspiring with their mischievous machinations when Afridi toddles off to wrestle with his wits, albeit to contemplate a rueful ruse.

A suddenly apprehensive Afridi gazes at the slow-moving water before him, the crescent moon reflecting back the ripples… He knew the codes by heart… But his thoughts are dominated by his dearest Fatima and his two little girls… He could not be party to stifling mankind’s advancement past the Moon…

Adrenaline begins to spike into his bloodstream. For the first time in 15 years, rebellion not submission, takes hold of his spirit. He is 15 meters from the chilly stream when he decides to sprint toward the water, the soles of his shoes digging furiously into the loose gravel, spitting out pebbles with every determined stride. But for all his physical fitness he dreads the temperature of the chilly water ahead.

He thinks about stopping short, giving one last glance over his shoulder, only to see that his sudden bolt had not gone unnoticed. Fortunately for him, there are no high-powered military weapons in the hands of his pursuers; who would think that a mild-mannered scientist would “go over the wall”, with Talibanistan’s most powerful Sheikh a stone’s throw away.

That element of surprise would be his only ally this evening. Once he dives into the river, 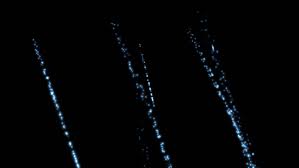 swimming as fast as his clothed body would allow, gunfire from the lone small caliber handgun poke holes in the liquid swirling around him. The gun owner is a pretty fair marksman, prompting Afridi to assess his best option, which happens to be a ferryboat which is docked on the far bank of the river.

Things are not looking so good at the moment, yet it

would get worse when one bullet grazed his left arm. Temporarily stunned, he snatches safety from the jaws of peril. He rolls over to play dead, realistically sinking slowly under the red water and the belly of the powered passenger boat… which he remembers as having a hollowed-out section to the aft that houses the propeller.