“Home is the nicest word there is.”
― Laura Ingalls Wilder 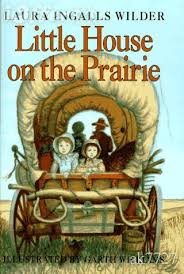 “Perhaps home is not a place but simply an irrevocable condition.”
― James Baldwin, Giovanni’s Room

“If I ever go looking for my heart’s desire again, I won’t look any further than my own back yard. Because if it isn’t there, I never really lost it to begin with.”
― L. Frank Baum, The Wonderful Wizard of Oz

“The ornament of a house is the friends who frequent it.”
― Ralph Waldo Emerson

“A man travels the world over in search of what he needs and returns home to find it.”
― George Moore, The Brook Kerith

“A home without a cat — and a well-fed, well-petted and properly revered cat — may be a perfect home, perhaps, but how can it prove title?”
― Mark Twain, Pudd’nhead Wilson

At Home With Home Quotes

10 Famous Women of The Wild West

On April 24, 1885, Annie Oakley joined Buffalo Bill’s Wild West Show and went on to become America’s first female superstar.  Other women, famous or infamous, left their mark on the history of the American frontier.  Here are 10 well known ladies of the West.  Who would you include?

Proving that the fair sex can be just as rotten as the next guy, Pearl came from Canada to live it up in the American West in the 1880’s.  Hooking up with an outlaw named Joe Boot (not her husband) she went on a crime spree robbing stagecoaches.  Drinking liquor, smoking cigarettes, and dabbling in drugs of abuse (morphine), when Hart was caught and put on trial she famously said, “I shall not consent to be tried under a law in which my sex had no voice in making.” She was tried anyway!

The madam of a brothel in Cripple Creek, Colorado, Pearl did not run just some cheap bordello. Rooms with girls costing up to $200 a night illustrate how upscale her operation was.  Carpeted, chandeliered, and served by an intercom, her luxurious brothel, The Old Homestead, provided a place for miners who struck it rich to spend their money and time. Pearl told her family she was working as a dress designer.  Lucky for her they did not have the internet in the 1890’s!

The alleged girlfriend of Butch Cassidy, Etta supposedly was a prostitute in San Antonio when she hooked up with Butch and his gang, The Wild Bunch.  Although she was said to have participated in bank and train robberies, she apparently was not with Butch and the Sundance Kid when they had their last gunfight in South America.  She may have been a cattle rustler to close out her career in crime.  On film, Etta was played by Katherine Ross and Elizabeth Montgomery as well as others. Her place, date, and cause of death are unknown.

Not named Poker Alice by her parents, she was born Alice Ivers in 1851 of Irish parents in England, but came to the US as a baby.  Moving to Colorado in her late teens, Alice became a legendary poker player and brothel owner.  Winning spectacular sums, she would take her winnings to New York City and promptly spend them on fancy clothes.  Cracked fact: Alice actually worked for a while for Bob Ford, the man who murdered Jesse James.  Alice’s resume included numerous arrests for gambling violations, running a brothel, and bootlegging.  She even shot 2 soldiers (killing one) who were with other soldiers apparently making noise.  Alice never did much time for her offenses, and was pardoned by the Governor of South Dakota.  A regular cigar smoker, Alice was considered attractive (find photos and make up your own mind) and was played by Elizabeth Taylor on film. Poker Alice died at age 79 in 1930 after a gall bladder operation gone bad.

Born in Kentucky in 1846, Carrie moved to Missouri, then Kansas, then Texas.  An anti-alcohol fanatic, this 6 foot 175 pound crusader not only preached against the evils of alcohol, she was famous for taking an axe to smash up liquor serving establishments.  She was also known to physically accost patrons. Cracked fact: When President McKinley was assassinated Nation rejoiced, thinking he was a secret imbiber of alcoholic beverages. She was quoted as saying drinkers, “got what they deserved.”  Getting her direction directly from God (so she said), Nation was not above making a few bucks off her notoriety, selling souvenir hatchets and signed photo’s of herself.  If she seemed a little unstable, it is worth noting that her mother and her daughter both spent time in insane asylums.  Nation died in 1911 before she saw the US outlaw alcohol, but not before her long suffering husband divorced her in 1901.

The author of the books that became the television series Little House on the Prairie, Laura was born in Wisconsin in 1867 and moved to a homestead in Kansas (the little house on the prairie) which was actually on land ceded to Native-Americans (reservation) by the government. She died in 1957 at age 90.  Cracked fact: Laura was related to the Delano side of Franklin Roosevelt’s family.  Laura’s books and the television show gave millions of Americans a realistic glimpse into the old west. Melissa Gilbert played Laura on the television show.

Part of the Jesse James, Cole Younger gang, Belle is said to have participated in robberies and counterfeiting.  Born Myra Maybelle Shirley, Belle was fashion conscious, unlike the other female robbers of her day.  She was known to wear a riding dress of black velvet while wearing a plumed hat, six guns on her hips, and riding a lady like side-saddle! Leading a life of crime, she not surprisingly was shot in the back in 1889. C racked fact: Belle was related to the Hatfields of the Hatfields and McCoys Feud.

Born with the less intimidating name of Martha Jane Canary, Jane was a rough and tumble character known for “Indian” fighting (Native-Americans) and being a friend of Wild Bill Hickock.  Although Jane worked the dangerous job of frontier scout and was part of the Deadwood, South Dakota crowd at its wildest, she was well known for her acts of kindness in caring for sick and injured people, or those just down and out.  Jane died at about age 51-55 (history is not sure) of an illness while aboard a train in South Dakota.  Her lifelong alcoholism may have contributed to her death. Jane had also appeared in Buffalo Bill’s Wild West Show, but only to tell harrowing tales of her experiences.  She is buried next to Wild Bill Hickock. Jane was played in movies by Jean Arthur, Jane Russell, Doris Day, Yvonne De Carlo (aka Lily Munster), and Ellen Barkin, Stephanie Powers and Anjelica Huston among others.

Famous as the Native-American guide for the Lewis and Clark Expedition, she had more to do with the successful outcome of the expedition than anyone else.  Her likeness has appeared on a US dollar coin.  Unfortunately this remarkable woman died at age 24 of an unknown illness.

Probably the best known sharpshooter in American history, this little lady (5’0” tall) became famous and successful performing a “man’s” sport.  Teaching 15,000 women and girls how to shoot certainly left its mark on America.  Expert shooters then and now marvel at her abilities. (See the main article about Annie Oakley for more information.)

Women of The Wild West

“Our hearts grow tender with childhood memories and love of kindred, and we are better throughout the year for having, in spirit, become a child again at Christmas-time.”