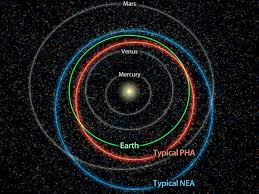 …We have gone through this before, sweetie. Do remember that seven letter word: F-I-C-T-I-O-N…

Constance Caraway wasn’t going to let a good hunch go bad. It isn’t a common thing to do in Georgia, but digging up a grave is what she is setting out to do. Exhume is the word morticians use, disinter is another. Dirty job is a more apt description. Constance had read something on the death certificate, several years after the incident, while researching another, unrelated case in Atlanta.

“Folks ‘round here ain’t used to a woman being in the mortuary, with a body and all.” Take it from someone who knows.

“How about two women?”

“This is my associate, Fanny Renwick. She will assist me with the evidence.”

“Evidence? There is a body inside that box. Not in very good shape, I might add.”

“The death certificate indicates that she was to be buried with artifacts from her Indian tribe, namely a necklace she was wearing when she was killed. The report said she had marks from that chain when the body was examined.” Constance is speaking as the lid of a dirty wooden box is pried up and away. She immediately spots the colorfully beaded necklace. “Remove that please. Be careful not to touch it with your bare hands.”

“Little chance of that, Miss Caraway,” he gently lifts the head of the cadaver, plucking the beads with right thumb and index finger! There is a larger gold scarab dangling on the bottom. Fanny is there with a bag to transport it with, not particularly thrilled with this assignment.

“I hope you found what you were looking for. Remember, I did this as a favor for that detective friend of yours. You can thank him for this.”

“I scratch his back, he scratches mine,” relates Caraway.

“Just look at this,” Sara Fenwick points at the place in Carolyn Hanes’ manuscript. “How can our characters be flirting with a man?”

“We have gone through this before, sweetie. Do remember that seven letter word?”