… like a doting parent, the glistening orb from Neverland reminds one & all, that he/she/it/they remains dynamic in what goes on in the Milky Way…

The McKinney departure was treated like a holiday, on a planet where cyclical

celebrations are nil, until that time in a cycle when those wacky stowaways from a distant planet arrived on their doorstep. If they had drunk-uncles on Eridanus, the McKinneys would be considered such.

While the general population rejoices then and now, Skaldic commiserates with Ekcello. Whether he will ever rid himself of his emotional ties to Deimostra is questionable. He has been spotted with Ekcello in those off-hour circadian rhythm hours practiced by the off-worlders. His mechanical expertise is essential to Ekcello’s doings.

Any elder who is anybody is sure to be on hand to watch NEWFOUNDLANDER whoosh away into the pinkish skies. Regular air travel is mandated to just above the height of the many towers. The piercing of the outer atmosphere is not to be missed or likely repeated anytime soon. 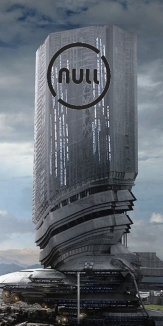 The Null contingent continues to be deliriously happy to roam freely anywhere. Some have ranged far. Others choose to cohabit nearer the action of Eupepsia.

The creativity and resourcefulness of the Null is inspiring. The notion of gift giving had been buried so deep, by the Gifted, that it took individuals like Offingga to compile a crate of mementos for the emigrants to take back to Earth. It will serve as proof that their post-Space Colony 1 adventure really did happen and has not been staged by a NASA conspiracy.

Offingga may be pleased to see Deimostra leave, but she is guilty of nothing more than understanding that the McKinneys are leaving behind a long chapter in their book of life.

As not to be excluded from this seminal moment, ⃝    makes an unexpected appearance. There, like a doting parent, the glistening orb from Neverland reminds one & all, that he/she/it/they remains dynamic in what goes on in the Milky Way.

Of course, any given reflection off by Lorgan is as different as the rare snow-fog-flakes that fall once in a pink moon. Some see faces, others the past and others

As NEWFOUDLANDER zooms away, and the occupants look back and forward, they witness what is to be their outbound outcome, had any of them possessed the skill to interpret it? 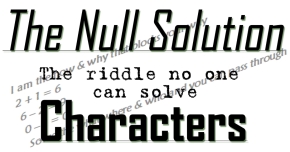 Every so often there are trials that become so famous they grab the attention of millions of people from around the world. These are five of those cases from the last century and the early part of this one, where the drama was so immense that the world became enraptured.

5. The Trial of Leon Czolgosz

The first “Trial of the Century” of the 20th century only lasted eight hours, but it was a huge sensation because of who was killed.

Czolgosz refused to talk to his two lawyers, two former State Supreme Court Judges, making it hard to come up with a defense. The trial started nine days after McKinley died on September 23, 1901 and Czolgosz didn’t testify in his own defense.

He was found guilty and sentenced to death. He was executed on October 29, 1901, via the electric chair.

In March 1924, Tennessee passed a law that made it illegal to teach the theory of evolution in schools. Obviously, not everyone supported this law, so John Scopes, a high school teacher in Dayton, and a local businessman named George Rappalyea conspired for Scopes to get charged for breaking the law so they could challenge the ruling.

The trial started on July 10, 1925, and attracted the attention of the country because it essentially represented what should be taught in schools – fundamental Christianity or science. The case didn’t start off great for the defense, because the judge opened each day with a prayer. Also, the defense wasn’t allowed to argue that the law was unconstitutional.

Near the end of the trial, Darrow changed tactics. He called Bryan, who was helping the DA, as a witness to defend Christian fundamentalism. During his examination, Darrow embarrassed Bryan by making him say contradictory and ignorant statements over his literal interpretation of the Bible.

In his closing statement, Darrow asked the jury to return a verdict of guilty so that it could be appealed. The jury spent eight minutes deliberating and returned a verdict of guilty. Scopes was fined $100, which was the minimum punishment. In 1927, the ruling was overturned on a technicality, but the law wouldn’t be repealed until 1967. The play (and later Oscar-nominated movie) Inherit the Wind tells the story of the infamous trial.

In August 1969, the United States was shocked by the brutal murders of seven people in their upscale homes in Los Angeles. The most famous victim was actress Sharon Tate, who was the wife of film director Roman Polanski. She was eight-and-a-half months pregnant.

What made the crimes even more shocking was the people who were responsible for the crimes. It was a cult-like group of hippies that consisted of pretty young women, led by a strange little man named Charles Manson.

Due to the barbarity of the crimes and the weirdness of the culprits, the trial was a media circus. The members of the family that weren’t arrested showed solidarity by doing whatever Manson did, like carve Xs into their foreheads and shave their heads. At the courthouse, they would chant, sing, and treat the trial of the mass murderer like a picnic.

In January 1971 Manson and several of his family members were found guilty and sentenced to death. The death penalty was abolished in 1972 and Manson’s sentence was commuted to life in prison.

A short time later, a warrant was issued for O.J. and he agreed to turn himself in, but then went on the infamous, slow car chase with his longtime friend, Al Cowlings. Eventually, Simpson was arrested and charged with two counts of first degree murder.

Just some of the evidence the District Attorney’s office had against O.J. was that he had a fresh cut on his finger and his blood was at the crime scene. Second, there was a blood covered glove found on O.J.’s property. The blood belonged to O.J., Nicole, and Goldman. Third, there was a sock found in his bedroom that had his blood and Nicole’s blood on it. There was also a bloody shoe print found at the scene from a size 12 Bruno Mali, a pretty rare shoe, and O.J. wore size 12 shoes. Finally, the police had been called several times to the home of Nicole and O.J. because O.J. was an abusive husband.

Of course, the evidence was only a small aspect of what became the definitive Trial of the 20thCentury. The defense’s strategy was to show that the Los Angeles Police Department had a history of systematic racism and had planted the evidence to set up one of the most famous African-Americans in the world.

The trial essentially came down to the credibility of the LAPD. The DA pretty much had a slam dunk case, but all the defense had to do was create reasonable doubt by making it sound like it was possible that the LAPD could have set O.J. up because he was African-American.

On October 3, 1995, the jury was back with a verdict. 150 million Americans tuned in, which was about 57 percent of the population. The verdict was, of course, not guilty.

O.J. would later go on to lose a civil trial against Goldman’s family in 1997. Then in 2008, O.J. was convicted of robbery and kidnapping and he was sentenced to 9 to 33 years in prison.

1. The Trial of Michael Jackson

In the early 2000s, Michael Jackson was already the world’s most famous weirdo. Besides his odd appearance and strange personal life, since a civil suit in 1993, there had been rumors that Jackson was having inappropriate relationships with children. But things got worse for the King of Pop in February 2003, when a documentary called Living with Michael Jackson was released, and in it, Jackson talks about sleeping with children in his bed.

The documentary led to a police investigation and on November 18, 2003, the day after Jackson released his greatest hits album, his home, Neverland Ranch, was searched. The next day, a warrant was issued and Jackson turned himself in on November 20.

Jackson’s trial started on January 31, 2005, and the District Attorney didn’t have much in the way of physical evidence. Instead the case mostly rested on the accusations of one boy, a 13-year-old cancer patient. The DA said that the accusations fit a pattern, even though Jackson had never been convicted of sexual assault, or any crime for that matter.

The trial lasted six months and it was a spectacle. Jackson’s odd appearance and outrageous wardrobes were interesting enough to attract millions of viewers every day.

On June 13, nearly six months after the trial started, the jury unanimously acquitted Jackson of all charges. He ended up dying four years later on June 25, 2009.

of the 20th Century