…Out of the blue, an idea bubble forms above her head…

Hurriedly, without checking a mirror first, KHST 13’s lead weekend anchorwoman heads straight for the newsroom. She is advancing at a pace that takes out 2 interns and an IT nerd, casualties of the ardent instinct that drives the best newshounds. And if she has the look of preoccupation, the end justifies the means. 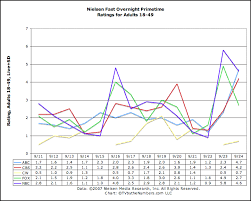 The standard method of breaking a news story of this magnitude would to lead off the next scheduled newscast with it, replete with file footage, bios, and interviews. OR, she could fire up KHST’s news crawl at the bottom of the screen, but that would only tip off the competition and she will not have any of that.

Neither one of the above methods would benefit her rating-card, that already was #2 with a bullet. On top of all this, the station has stuck her with a stiff of a co-anchor, hired from an independent in Indianapolis and she would have to let him in on the action. Sharing is not one of her redeeming qualities.

Out of the blue, an idea bubble forms above her head, “What if I do a programming break-in, like they did back in 2017 when Donald Trump fired FBI Director James Comey… wow that was 13 years ago already and I am still in local TV?… it’ll be an outrageous stunt, but most of management is teeing off on the 14th hole at their country club or at a spa… no one is around to get in my way.”

It was a BIG bubble.

Shuffling feet and adolescent whispers signal the presence of Hightower Junior High speech class, whom she had forgotten about, them and their Junior-Journalism field trip. And who is the tour guide for these kids, none other than Steven Sharkey, the albeit handsome hick from Indiana? Before she can head for the hills, good ol’ Steve uses her as an excuse to use her pretty face as a backdrop to the newsroom.

“And by demand of her adoring fans, I’d like to introduce, you media students, Miss Francine Bouchette, our lovely and talented weekend news anchor and weekday reporter.” Steven coaxes her out of her chair, giving her a warm hug, like a good friend, instead of the rivals that they actually are.

Queen Francine manufactures an agonizing smile, this not being a good time for her. There is some applause {eyes glued below her neck} from the 14-year-old boys and gigglies from the envious {of her breasts} girls. Steven takes the opportunity to horn in on her story, “Please

notice how fast she is flying through those web searches. What are you working on Francine?”

“I am actually working on a story about a tour guide accused of inappropriate touching…. and look who shows up?”

Dost thou feel the scorpion’s sting fledgling Steve? She dashes off, leaving Steve to distract the students by moving on to see the studio set.

… “I do not believe we have underestimated your talents Awrah Bouchette.”…

“I will tell you of something your greedy leaders will not: At eleven o’clock AM Texas time, the Earth’s

ultimate imperialistic endeavor, Space Colony 1 has been completely and utterly destroyed!” There is more than one stab into the belly and genuine pride in his delivery.

Francine eases herself down into her chair, gasping at the mere thought. This man does not sound like your typical crank.

“Did you hear me woman? The Taliban, Nepal and Korean governments applaud this accident. Allah and Buddha have spoken.”

“I heard you,” she whispers faintly. Everyone in southern Texas knows someone who works in the space industry or Space Colony specifically. “I am not inclined to believe you sir,” is all the journalism she can muster.

“You are the only civilian who has this information, use it to disgrace the infidels and enhance your own career and that of your station. Reuters would gladly break this story, no problem.”

“If I am the only Westerner to know this, if it is true, wouldn’t NASA want to hold a formal press conference?”

“But you do not want to share the spotlight,” he pauses, she mulls. “I do not believe we have underestimated your talents Awrah Bouchette.” He slips back into his Arabic vernacular.

“I’ll need more information before I can break this story.”

“You must have a source in the space program; I suggest you confirm it with them. But they will tell you the same things, if they are honest. They will speak of how an asteroid has destroyed your space station and stopped the useless expansion into space. They may try to rescue the project, but they will fail, Allah has prevailed. You will not discover your source…”

A dial tone abruptly replaces the bearer of horrible news.

And what is she to do with this? No one else of import is at the station.