Q From Barbara Murray, Wisconsin: Oxford Dictionaries online defines nimrod in UK English as a “skilful hunter” and, across the pond where I reside, as an “inept person”. Can you explain these more or less opposite meanings?

A Let’s start, as all good stories should, at the beginning. In the Bible, Nimrod was said to

be the great-grandson of Noah. Genesis reports “And Cush begat Nimrod: he began to be a mighty one in the earth. He was a mighty hunter before the Lord.”

From the seventeenth century, Nimrod was conventionally used in literature on both sides of the Atlantic as the personification of a hunter, an eponym:

In front of him is the sporting Earl of Sefton, and that highly-esteemed son of Nimrod, Colonel Hilton Joliffe,— men of the strictest probity, and hence often appointed referees on matters in dispute.
The English Spy, by Bernard Blackmantle, 1825.

He was a complete Nimrod, now almost worn out.
The Adventures of Daniel Boone, by “Uncle Philip”, 1843.

In the UK, the name stayed largely a literary reference but even in that context it is now extremely rare. Several Royal Navy ships down the years have borne the name, as has a class of submarine-hunter aircraft.

But we probably know it mostly as a piece of music much used on solemn state occasions. For geographical and social reasons it has never become a popular term in daily life for a hunter. When it did appear, it usually meant a rider to hounds:

The weather in the past few days has been so open, that the whole Nimrod school have had a fine run of enjoyment this season, except in cases where foxes are somewhat scarce.
Jackson’s Oxford Journal, 27 Jan. 1855.

In the US, with its longstanding and widespread tradition of hunting, much greater opportunities existed to describe individuals as Nimrods. It appears in sources such as newspapers from about the middle of the nineteenth century. At one time in the US it was also a moderately common given name in communities that went to the Bible for inspiration.

Early on, references were neutral in their implications, simply a figurative way to describe a person who hunted. Occasional descents into derision were prompted by a person falling short of competence, as in this tale about a group of young people out for a day’s sport:

Zindel was the mighty hunter of the crowd and after expostulations of his nimrod abilities the others watched him walk into a flock of a hundred quails and snap both triggers of his gun upon empty chambers.
Fort Madison Weekly Democrat (Fort Madison, Iowa), 11 Jan. 1911.

Note that Nimrod here has lost his initial capital letter, sure evidence that the word was losing its mental links with an historical personage. This is the way that eponyms evolve — we no longer capitalise wellington, cardigan, pasteurise, diesel, silhouette, boycott or dozens of others of the same type.

From the 1930s onwards we see an increasing tendency for nimrod to be used much more in a disparaging or sarcastic way for a hunter with limited skills. Bugs Bunny, you may recall, referred to hunter Elmer Fudd as “poor little Nimrod”.

Over time, nimrod shifted still further towards meaning a damn fool who shot at anything that moved and even things that didn’t. By the 1960s, this transition was pretty much complete:

In Wisconsin, as I was driving through, a hunter shot his own guide between the shoulder blades. The coroner questioning this nimrod asked, “Did you think he was a deer?”
Travels with Charley, by John Steinbeck, 1962.

and was being applied in particular to people who shot up road signs for fun:

The next stage seems to have been largely catalysed by students in the 1980s and 1990s, for whom nimrod had lost its associations with hunting but retained those of a contemptible or inept person. By the turn of the new century, that sense had become the dominant one:

When you’re followed, you can’t know if it’s an experienced expert or some bloody nimrod who can’t find his way to the loo.
Red Rabbit, by Tom Clancy, 2002.

Isabelline refers to a colour. The dictionaries variously describe it as greyish-yellow, light buff, pale cream-brown, dingy yellowish grey or drab. The Merriam-Webster Unabridged Dictionary tries hardest to tie it down: “a moderate yellowish brown to light olive brown that is lighter and stronger than clay drab or medal bronze”. It has also been described as the colour of parchment or sand.

The female name Isabella can similarly refer to the colour. Its first appearance in English is in an inventory of the wardrobe of Queen Elizabeth I in 1600: “one rounde gowne of Isabella-colour satten … set with silver bangles”. Versions of it are known in various European languages from about the same date, including French, German, Spanish and Italian, usually for the colour of a horse.

Archduchess Isabella of Austria with her husband, Prince Georg of Bavaria, c. 1918.

The origin is unclear. That has led to stories growing up that associate Isabella (and by implication isabelline) with an historical event involving a noble lady by that name. One identifies her as Isabella, Archduchess of Austria, daughter of Philip II of Spain. He laid siege to Ostend in 1601 and in a moment of filial fervour Isabella vowed not to change her undergarments until the city was taken. Unfortunately for her (and no doubt for those around her) the siege lasted another three years, supposedly leading to this off-colour word for over-worn underwear. Other European nations have a similar story, though they apply it instead to the siege of Granada by Ferdinand and Isabella of Castille in 1491.

Isabelline is comparatively recent, appearing from about 1840 in descriptions by zoologists of a wide variety of species of bats, fungi, fish and mammals, but mainly birds, such as the isabelline wheatear and the isabelline shrike. Charles Darwin and Alfred Russel Wallace both used it, as did other writers of the nineteenth century: 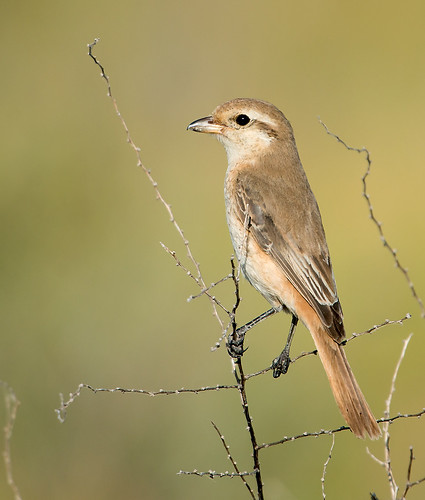 To begin with, all the smaller denizens of the desert — whether butterflies, beetles, birds, or lizards — must be quite uniformly isabelline or sand-coloured.
Falling in Love; With Other Essays on More Exact Branches of Science, by Grant Allen, 1889.

It’s a specialist word of natural history writing and it’s rare to find it elsewhere other than occasionally as the horse colour.

Most experts say the proper name is the source, though nobody can explain how it came about. Some writers in French and Spanish say instead that it derives instead from an Arabic word, given either as izah or hizah, referring specifically to the colour of a lion’s pelt. However, there seems to be no such word in Arabic and we must disregard the suggestion.

Q From Anthony Pennock: Why do we say no soap?

A I’m not sure that people do any more. From my vantage point in the UK, this classic Americanism appears to have largely died out, remembered and occasionally used only by older people.

A speaker usually means by it that there’s no chance of something happening or no hope of some outcome, that the enquirer is out of luck or more generally that some request is being denied.

When he called the Georgia senator to ask for his help on the defense reorganization bill, Russell replied, “No soap.”
The Sputnik Challenge, by Robert A. Divine, 1993.

For me, perhaps through reading too many old American crime novels, it brings to mind the 1930s and 1940s as a term of the underworld and hard-bitten detectives:

I dropped quietly on the running board and waited. No soap. Canino was too cagey.
The Big Sleep, by Raymond Chandler, 1939.

draftees. The more literate of such letters were often reprinted in small-town newspapers to let readers know how their boys were doing. The ones which I’ve uncovered that mention no soap all came from recruits at the Great Lakes Naval Training Station in Illinois. This is a late example:

Saturday came along and we all dressed up in our best, as that was our liberty day, when the Commander came in and said “No Soap” on liberty as we were in a draft. No one is allowed liberty when they are on a draft, afraid that someone would run away.
Versailles Republican (Versailles, Indiana), 3 Oct. 1918.

An article a few months later headlined “Demobilizing War Words” confirms that the expression was widespread within the US Navy:

A particularly pathetic case is that of the nautical term, “No soap!” I say “particularly pathetic” because I myself have found the phrase so much more satisfying than the more classical “nothing stirring!” which it has so amply replaced. “Nothing stirring” will find strong support among the purists, but half a million sailors and an equal number of sailors’ sweethearts are not going to surrender the new-found phrase without a fight.
Boston Globe (Boston, Massachusetts), 9 Feb. 1919.

Later evidence suggests that it did remain popular and met a need within a wider audience for a sharply colloquial dismissive saying. 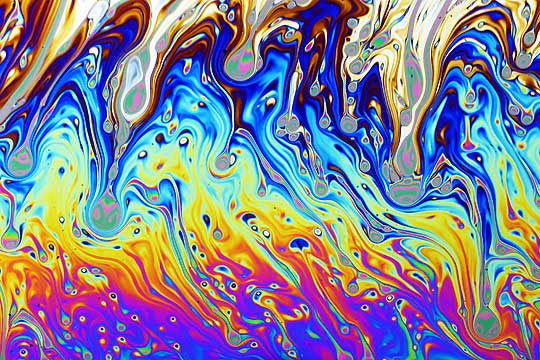 As with most slang expressions, where it comes from is uncertain. In the past, the experts have pointed to the much older use of soap to refer to money, a term that was first recorded in a slang dictionary in 1859 but which had a long run right down into the 1920s, overlapping with no soap. This overlap, I suspect, led etymologists to infer a connection between the two and it’s not implausible. It might well have been that a person who said “No soap!” meant something like “No, I haven’t any money” or “No, I won’t give you a loan”.

But other letters home from First World War navy recruits, coupled with newspaper articles from the period about naval slang, suggest a more mundane source. Recruits often complained they weren’t being supplied with soap, a need that was at times met by the Red Cross in the comfort kits they supplied. Soap was in short supply in the US at the time — as it was throughout Europe — because its raw materials of gelatine and fat were being diverted to make explosives. It seems likely that no soap, at first a rueful complaint, became for recruits a saying that meant — as early references confirmed — “you’re out of luck”. The slightly broader senses naturally followed.

World Wide Words is researched, written and published by Michael Quinion in the UK.