Walled off in the city of Rome, Vatican City is an independent city-state that is just one-eighth the size of Central Park in New York City, and is the home of the Pope. However, the Vatican can also refer to the Holy See, which is the governing body of the Catholic church. These are the five darkest facts about the Vatican.

I apologize for this hint of irreverence (my Readers, Religious leaders or Theater feeders). I actually like popcorn and love God.

With advances in the fields of psychology, neuroscience, and biology, it’s hard to believe that exorcisms are still performed by the Catholic Church. However, according to former exorcist Gabriele Amorth, who apparently performed 70,000 exorcisms in his office in the Vatican, there are around 300 exorcists worldwide and four working in Rome.

Besides priests performing exorcisms, at least two modern-day Popes have performed exorcisms in the Vatican.

The first one was performed by Pope John Paul II in March 1982, on a young woman named Francesca Fabrizi from the Umbria region of Italy. During the exorcism, she writhed on the ground and cried out. The Pope said he would say mass for her the next day, which apparently cured her. She went on to live a normal life, getting married and having kids.

Pope John Paul’s second exorcism was in September 2000, when a woman with a history of possession was sitting in the front row of the Pope’s weekly audience. She flew into a rage and needed to be restrained, but was too strong and fought off the security. When she was finally restrained, Pope John Paul talked with her, hugged her, and then performed an exorcism. However, it didn’t work and Father Amorth had to do a follow up exorcism session that lasted two hours the next day.

Then in May 2009, Benedict XVI performed an exorcism on two men who were howling during the weekly audience. Apparently, when Pope Benedict blessed the men, they flew back nine feet and were cured.

For most Popes, it’s a job they have until they die. It’s part of Catholic Dogma; it would be like a parent giving up his or her kids. However, that doesn’t mean they aren’t allowed to. It’s just very rare that they resign or retire. In fact, over the past 1,000 years there have been 123 Popes and out of all of them, only five have abdicated.

The first one to resign was Benedict IX, who was one of the youngest Popes, and was probably about 20 when he first sported that amazing hat. He was also the only person to have served multiple terms as Pope. He was forced out of the Papacy in 1036, but returned just months later and became Pope again. However, he had a problem – he wanted to get married. So he ended up selling the Papacy to the man who became his successor, Pope Gregory VI, in May 1045. However, Benedict soon regretted doing that because it turned out the woman he wanted to marry wasn’t interested in marrying him. Oops. He was able to reclaim the title of Pope in November 1047, but he only lasted a 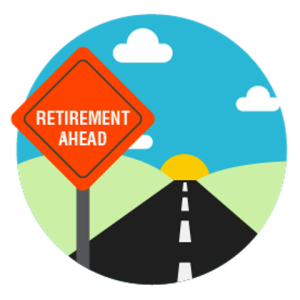 year before he was excommunicated.

The second Pope to resign was the man who bought the Papacy, Pope Gregory VI, who stepped down at the urging of the Bishops. He denied he did anything wrong, but resigned nevertheless in 1046.

The next Pope to resign was Pope Celestine V in 1294. He decreed that if the Pope wanted to resign, then he should be allowed to do so. He did that very thing a week later, after five months of being Pope. After retiring, he lived like a hermit for two years. Unfortunately, his predecessor was worried that Celestine might try to reclaim the Papacy or oppose him, so he had him imprisoned, and he died after 10 months.

The next one was Pope Gregory XII in 1415. At the time, due to a schism in the Catholic Church, which started in 1378, there were two Popes: one in Rome, and one in Avignon. Gregory chose to step down so that the Pope in Avignon could be excommunicated and the Catholic Church could get a fresh start.

The final Pope to resign was Pope Benedict XVI in 2013; he did it citing health reasons. However, there is a conspiracy theory that he was forced out, or undermined so much that he was forced to resign. Proponents of this theory point out that he retired after the “Vatileaks” scandal, which was the leaking of documents that showed Pope Benedict’s struggle to be more transparent with the public about things like priests and sexual abuse, but interior politics thwarted his plans. The Vatileaks scandal showed that Benedict was an ineffectual manager and he chose to retire.

The Vatican bank is officially known as the Institute for Religious Works, and from 1971 to 1989, the President of the bank was Archbishop Paul Marcinkus from Cicero, Illinois. Before that, the 6-foot-4 former rugby player worked as a bodyguard for Pope Paul VI. However, he’d be remembered for a scandal that broke in 1982.

The scandal started with the collapse of Banco Ambrosiano, which was one of the biggest private banks in Italy, with $1.4 billion in debt. Shortly afterwards, Roberto Calvi (pictured above), who was the general manager of the bank and friend of Marcinkus, was found dead, hanging from a bridge in London, England. Originally it was considered a suicide, but it was later ruled a homicide. Five people were tried in connection to his murder, but they were all acquitted. 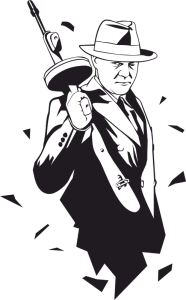 That brings us to Marcinkus and the Vatican bank. It turns out that the main shareholder in the bank was the Vatican, and they had funneled a billion dollars from the bank into 10 shell companies. Other rumors that surrounded the scandal was that other shareholders with the bank were involved in organized crime and some were even members of a secret Masonic lodge.

When Italian investigators tried to interview Marcinkus about the scandal, he was very uncooperative. He refused to leave the Vatican, and even refused to answer questions, citing diplomatic immunity. Marcinkus ended up being indicted, but he never went to trial because the charges against him were dismissed. He continued to head the Vatican bank for seven more years.

The scandal has even led to some conspiracy theories. The most famous one was used in the plot of Godfather Part III, and it’s that Pope John Paul I was assassinated by the Mafia in August 1978. John Paul I was pope for only 33 days in 1978 before he was found dead sitting up in bed. The official cause of death was a heart attack, but no autopsy was performed. According to the conspiracy theory, he was assassinated because he wanted to put end the relationship between the church and private bank.

Catholic priests have some pretty awesome powers when it comes to granting absolution for committing crimes. This includes forgiving people for things like murder, or mass murders and even genocide. That’s right: if you’re Catholic and you chop up the family next door and eat them, you could go to a priest, and ask for forgiveness and he could forgive you. Not only that, but the priest could never tell the police.

Yet, there are five sins that are so grave that priests can’t absolve them. Instead, inside the Vatican, they have a secret tribunal called The Apostolic Penitentiary, which looks at cases involving these 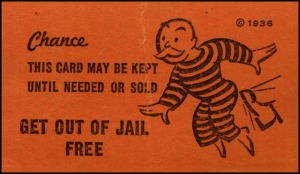 The tribunal was established by Pope Alexander III in 1179 and the type of cases that they examine has been a secret for much of its history. However, in 2009, the Catholic Church made a huge step towards transparency and revealed the nature of these sins.

Two of them can be committed by anyone. The first is desecrating the Eucharist, because Catholics believe that it is the actual body and blood of Christ. The second is attempting to kill the Pope.

The other three sins can only be committed by a priest, or men trying to become priests. One is if a priest reveals a sin (and the person who committed the sin) that they hear in confession. Second, they can’t have sex with someone and then offer confession to their sexual partner. Third, a man who wants to be a priest or a deacon can’t directly be involved with an abortion, such as paying for the procedure.

1. The Vatican Bank and Nazi Gold

According to a 1946 document from the Treasury Department, the Vatican may have both held and smuggled Nazi gold during World War II, despite being a neutral entity.

The document, which was brought to the attention of the public in 1997, said the Vatican bank held 200 million francs, which is about $254 million in 2016, for the Nazis. According to a rumor cited in

the document, that money was later funneled through something called the “Vatican pipeline” to Argentina and Spain, where it was given to Nazis who fled prosecution for war crimes.

The Vatican bank also apparently funneled money that was stolen from Serbs and Jews by the Utashe, who were a Nazi puppet regime in Croatia. At the end of the war, the Utashe started plundering from the victims of their ethnic cleansing campaigns and then smuggled 350 million Swiss francs, which is worth about $440 million, out of Yugoslavia through the Vatican. The money was then used to support the murderous Ustashe organization while they were in exile.

In 2000, a lawsuit was brought against the Vatican over this issue, but the suit ultimately failed.