…Fearmongering is a persuasive instrument in the hands of a master, history is littered with them…

— How does one feel, after being scramble and reassembled? For all Chasonn knows he

may be the first, non-convicted societal menace, to tell the tale. Everything seems to be in the right place, for the intruder that he is.

Nothing about this refuge has the feel of an actual vehicle. It is more like a grotto without end. Each nook has a

purpose while every cranny is filled with the essence of Ÿ€Ð. Judging by the concentration of hooded individuals, he may have gotten lucky. They all seem to be headed in the same direction. He may be on the correct level.

If his calculations are correct, Collapsar will reach Seljuk space soon. He must be prudent with his movements. The bevy of hoods has reached a gathering point, leading to a large auditorium with an ornate pedestal at the head. Chasonn bows with the rest of his brethren. Something big is about to happen.

Unsure of the governing structure hereabout, he sees a figure takes to the pedestal, like

he belongs there.  Župzïð the Last brings order out of chaos. He speaks in a broken/choppy fashion, of which would make Yoda proud, “Next target. The Seljuk familiar.  Capable to destroy fleet at Terran system.  Atmosphere-degrading weapon perhaps use.” The grand poohbah concludes, “Verification team assemble. Responsible maybe, we destroy.”

understood by his diverse audience. Adjectives and adverbs are scarce. Translating earbuds are scattered about the immediate area and Chasonn is one of the many who require such interpretation. To his mind, that is an indication that Collapsar is becoming, or intended as, a real mobile melting pot. It is increasingly apparent that this cosmic plodder is picking up stragglers along the way, jumping onboard, buying whatever Župzïð is selling.

Fearmongering is a persuasive instrument in the hands of a master. History is littered with them; from any given parsec, at any given time, you come across them. Collapsar Axis is brimming with peoples who are collectively skeptical.

⃝ s the common denominator. O is not just a Seljuk concern. O has had a lasting effect on the Great Expanse; up-to-down and side-to-side. Župzïð is convincing a growing audience, that if you can find out who is behind O, the collective will be better off. 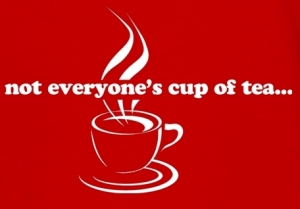 To his dismay {and Chasonn’s delight}, Seljuk is found “not guilty” of any association. But neither do they choose to join the hallowed cause. Collapsar is not everyone’s’ cup of tea.

Chasonn gets back to his transport location.  His mission was not a wasted one. He now knows the wherefore of Collapsar Axis. The added bonus is in the form of the particle transporter. Necessity is the mother of invention.

So ends “The Curious Case of Collapsar’s Cause”.

…In pursuing “The Curious Case of Collapsar’s Cause”, worse is better… 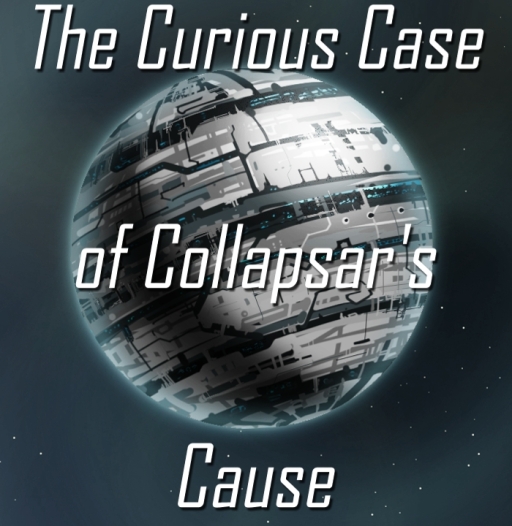 #It would take a cosmic force to disable TSF# Xat would know.

#We suspect O is responsible#

The dank cavern surrounds them once again. Xat returns to the world he created for himself.

Ekcello and the Keeper return to the surface. One problem solved while others go unanswered.

#I wonder if Xat could solve the riddle#

#Which riddle Supreme Elder? There are two O#

Chasonn is aware that he needs a fashion makeover to blend into the world he seeks to occupy. Clothing may or may not define the man, but it means different things to different people, while others find it unnecessary. He does cut a fine figure, but if he shows up on Collapsar Axis looking like a Seljuk prince, he will last only as long as he goes undetected.

Someone versed in the ways of the Ÿ€Ð, tells him that he is suffering from the dreaded “2’s”:

…And not barbaric enough.

So in the days leading up to his one-man incursion, he regresses, digresses and most importantly suppresses the Seljukian charm that hangs on him like a badge of honor. In order, he undoes the 2’s: 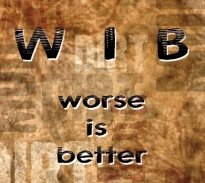 In pursuing “The Curious Case of Collapsar’s Cause”, worse is better. As it turns out, the Ÿ€Ð intellectual class is clothed in hooded garments. It makes them look smarter. For Chasonn, it will be a convenient way to wander about.

But the real risk taking begins with his prisoner- tested

and prince-approved particle-beam transporter. Hitting the larger target is easy, finding a strategic spot to insert him is critical. If the transporter places him in the wrong area, it would take him days to find what he is looking for – if only he knew what he was looking for.

Goal one is to make sure that Seljuk interests are secure. Goal two is fluid.

“I will return to my landing spot at the appointed time. If I am not there, keep trying. Hopefully I do not attract undue attention,” he tells his transport assistant.– 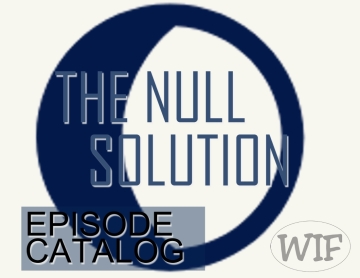 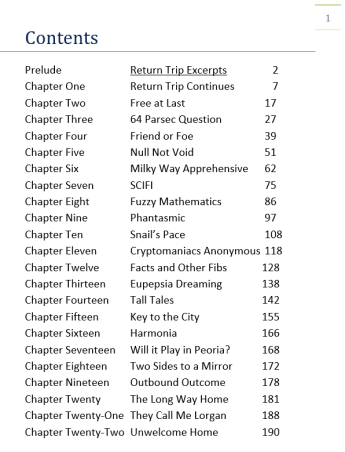 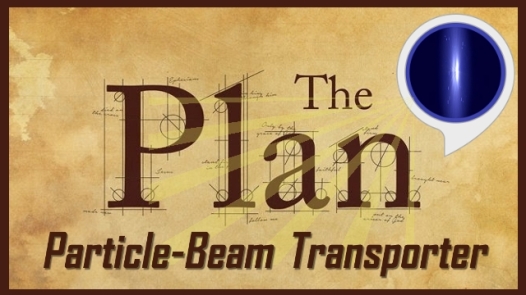 … Chasonn’s plan to discover what makes Collapsar Axis tick, where it is headed, what or who is it looking for. 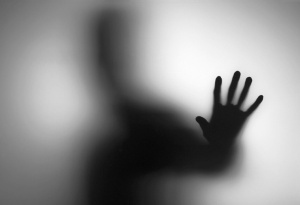 To do so, he must disguise himself to infiltrate. He cannot utilize one of his planet’s space vehicles. Who opens the door for a stranger anymore, even in a colossus full of strange?

Like the technology he shared with Earth {via the Eridanian branch of McKinney Clan}, though not offensive or defensive, he and his scientists have envisioned a particle-beam transporter.

with elliptical cross-section. Let X(z) and Y(z) represent the beam envelope semi-axes in the x and y planes, respectively. This system may be described by the system of coupled differential equations

It may sound complicated, but it is much more problematical. He had been fiddling with this mode of transportation ever since he witnessed the ease of which the Eridanians use hyperphysical transmigration. He also admired their TSF, but that would be unattainable without their help to adapt to his fleet.

Besides, he only needs to go from here {his shuttle @

manageable distance}, to there {Collapsar interior}.

That is like going from one room to another.  Unpretentious and undetectable is the goal that he is close to achieving.

To that end, a goodly number of Seljuk’s most irredeemable criminals have been designated to be laboratory subjects for the final transporter tests in lieu of the normal “death-by-black hole” alternative;  no doomed Seljuk soul has lived to tell the tale from the other side of that penalty, that the penal system knows of.

Soon & therefore, without the aid of any planetary sub-species or willing participants, a particle-beam transporter is the latest Seljuk invention; a product of necessity. Disruptors are too disruptive and deflector shields are offputtingly rude. Now this is an invention worthy to hang his helmet on. It will not be long before he can board Collapsar Axis, when it surely passes this way.

…Do you realize that I have never stepped foot on Earth once? I was born in space, on that ship over there,..

Francine Bouchette-Crippen is Earth’s appointed representative to Harmonia, having

passed the muster required; married to a space-geek-world-leader-type AND experience with communication. So far, she has only been “called in” for a Harmonia Tower and Earth Obelisk orientation. She is still freaked out by the instantaneous location transfers. Fitch has assured her that she is not being disassembled and reassembled by a molecular scrambler. “Such a device has yet to be perfected,” he claims. Chasonn, the Seljuk inventor is unbeknownst to him.

Speaking of Chasonn, he has yet to return to his homeworld from Eridanus. It seems that a certain blue-eyed lass is interfering with his clarity of thought, thereby causing him to designate his Third-in-command as their Harmonia appointee. His Second must tend to Seljukian immediate interests. The Third has gone through the orientation and still cannot believe his eyes, though the concept of Harmonia is an agreeable one.

“I hear talk that the McKinneys are leaving Eridanus for their homeworld, is this true Deimostra?”

“Now who told you that?”

“Skaldic did tell me you were leaving and that I should do the same.”

As an object of desire, Deimostra is uncomfortable with her choices. The choices are fine, how those two choices fit into her family equation is the fly in the ointment. Of course Skaldic would want Chasonn out of the way.

“Returning to Earth is a dream, that’s all Chasonn. Do you realize that I have never stepped foot on

my world once? I was born in space, on that ship over there,” she points to the NEWFOUNDLANDER, back to collecting dust in the lineup of possible Eridanian escape ships.

“You live with your parents, you are fortunate. Mine were taken away by the Ÿ€Ð before I could know them.”

“That is terrible. Skaldic’s disappeared right after he was born.” She has now gotten sob stories from both her suitors; Chasonn’s parents were as a result of leadership cleansing – Skaldic’s Nullian roots because they happened to produce a Gifted child.

“Do you prefer Skaldic over me?”

WHAT’S A GIRL TO DO? SIGH by ASHLEY SWARTS

…To Chasonn’s dismay, there has been no sign of the notorious Lorgan; perhaps on the return trip…

From Skaldic on Eridanus, to Seljuk, and Chasonn; frankly, you can run a piece of paper between them.

similar paths. While Skaldic will not let the Martian gateway quandary rest, Chasonn is losing sleep. He has that left-out feeling, having contributed technology to NASA and spied on Collapsar Axis and receiving virtually no love for either.

So why not hop in your finest space cruiser and pay a visit to those wild & crazy Eridanians. Not! Skaldic maybe and

Sammy Mac for sure! Collapsar has come and gone and there is nothing much going on in Seljukland, perhaps the most boring system in its galaxy. At least he would have some new tales to spice up his provincial life.

And what a great way to test out his particle transporter in the Milky Way, as well as promote galactic unity and maybe catch a glimpse of ⃝    along the way. The poor guy is

running out of things to invent.

Soon, he is within hailing range of Eridanus, which he does. Some do not require the courtesy, but Sampson McKinney appreciates the heads-up. He is thrilled to rekindle the brief connection, one that never really got a chance to develop. At the time, Chasonn had his hands full and was all about Seljuk business. This trip is like a vacation in comparison.

To Chasonn’s dismay, there has been no sign of the notorious Lorgan; perhaps on the return trip.

“Chasonn you devil, what you’ve been up to?” Sampson has been a little bored his own self of late. The approach of a foreign ship is big doings.

“Orbit? Why not land your cruiser? Our Spaceflight

Expository would welcome some new blood.”

He glosses over Sam’s slang to get to the heart of the matter, “I would like coordinates to your location for purposes of utilizing my particle-beam transporter.”

“Are you crapping me, a Star Trek transporter?”

Sampson is an expert when it comes to obscure cultural references. That is a barrier for quality communication. 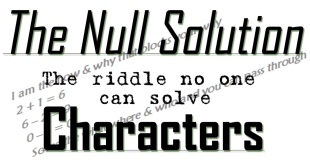