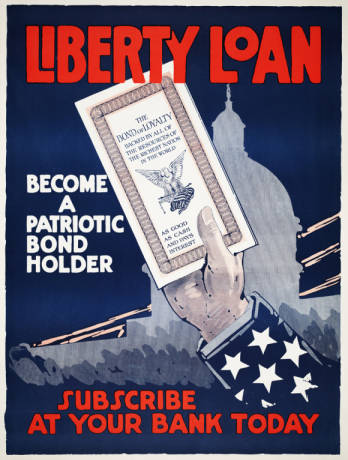 …Harv Pearson is the nearer to the telegraphic news ticker, so he picks up the end of the two foot and adding paper ribbon, reading his way back to the busy machine…

“What is coming through the wire?” asks Judith Eastman. “It looks unusually long.”

She is speaking to Harv Pearson, in a rare moment when they are in their Rochester office simultaneously. One or the other or both are on the road most of the time.

“Might be a test run. It’s a bit early for news and there hasn’t been anything worthwhile for weeks,” certainly not of the human interest variety, the kind that makes good pictures and good press.

They are at the mercy of the news and news makers. Beginning with their first issue of the Pearson-Eastman Journal, the blockbuster interview and pictorial of Teddy Roosevelt in the American West, they had set the standard for finding great stories, combining the two mediums into a must read for millions of readers, i.e. subscribers.

Harv is the nearer to the telegraphic news ticker, so he picks up the end of the two foot and adding paper ribbon, reading his way back to the busy machine. He keeps adjusting his reading spectacles like they must be distorting the words.

“Does the cat have your tongue?” asks Judith playfully; curious as to why his mouth is hanging open without so much as a peep.

“Only if the U.S. Mint isn’t earthquake proof.”

“Read for yourself,” he hands her the start of a frightening account. “It’s on fire, Judith, my God, it’s only after 5 o’clock in the morning there. Most people were sleeping when it hit, I would think that casualties are high.”

“We wouldn’t get there for three days.” She recounts the train ride back from Yosemite, in the Journal’s inaugural days.

“There is nothing else going on.” He laments the fluffy content of their magazine of late, though no one in their right mind would wish disaster on anyone for the sake of news. “If I know Jackson (his editor at the Quincy Reporter) we’ll be lucky if we beat him there.”

“You mean your newspaper has room in the budget for that?”

“He watched me chase stories for years, not standard procedure for a small town rag, but I own it. He does not take that into account. If I told him he couldn’t, I would lose my

credibility. The Reporter has the reputation of getting a big story first hand.”

“So, why don’t you sell him the Reporter?” This is not the first time she has suggested that move, for mostly selfish reasons that include taking away the one threat to his continued and permanent presence in her life. She has passed that point where she has enough emotional fuel for a return trip to her once lonely world. If only he would take that final step concerning their relationship; a proposal of betrothal instead of status quo-sal. “I mean, he has been running it without much help from you for five years now, something he pointed out when you were too busy to buy those new printing presses. The poor guy is working himself to death while you are doing a scant imitation of William Randolph Hearst.”

…Aw heck, Judith, you know I’m just a small town paper guy. I am grateful for any scraps you send my way…

“Now that was one hell of a picture!” asks Harv Pearson of Judith Eastman. The two of them have been literally attached at the hip since their serendipitous meeting. Together they are

taking photographic journalism to another level. Pictures taken at the Pan-American Exposition are gaining form in one of the three baths of liquid in this very dark room. A dim red bulb allows them to see their work, but little else.

“I was actually setting up for John Philip Sousa. When I heard the shots I turned the tripod, approximated the angle and snapped.” The President had not reached the ground in the aforementioned image; a moment frozen in time, for human eyes to see, now and forever.

“You do realize that you have a pretty good look at the gunman…..here?”

“I thought so,” Judith agrees, “though at first that bandage on his hand looked like real wound dressing”

“So, how many duplicates does this make?” This particular picture is in great demand, making Judith an Eastman known in her own right. She is not exactly Matthew Brady, but neither is he and dying in a charity ward like him is not in her long-range plans.

“Ten, but do you remember what a time we had getting the government to release it for publication?”

“Don’t remind me. All my articles on the assassination ran with file photographs of McKinley.”

“Well, how soon we forget,” she quips with mock indignation.  “What about all the other pictures of the Exposition, including everyone and his brother with the President! Were they but chicken feed to you?”

Harv does his best backpedal, lest he be banished from her good graces. He can ill-afford to lose either her technical skills or her friendship, especially since he is not far from expressing his undying love for this incredible woman. If you throw in the national magazine the pair is envisioning, he cannot let professional considerations to be divisive.

“Aw, heck, Judith, you know I’m just a small town paper guy. I am grateful for any scraps you send my way.”

“Don’t give me that poor old country boy routine.” She parts the dark to embrace him, fully appreciating that authentic charm. His nose for news and unfailing loyalty do not hurt his chances either. “Hurricanes and assassination and who knows what else have given you the most respected by-line I’ve seen in years. Your name has been mentioned in the same breath with Horace Greeley. Small town, my eye!”