The Dombroski involvement in this universal affair is part and parcel the result of Eddie’s chance offer of livery; a simple airport fare differs greatly from risky short-term employment. They had provided cover for themselves in renting the Packard sedan for him to drive, but protecting Eddie’s personal interests had not crossed their minds. Eddie will not be of any good service until his wife is found.

“Do not touch anything Eddie, we’ll be over soon… 45 minutes,” she 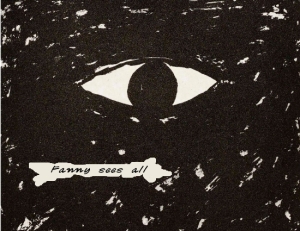 dons panty, bra, slacks and blouse while concluding the call, asking Fanny, “Is William with Martin?”

“No, I saw him trying the bathroom door knob while you were in the shower.”

“How about Martin and Willard…?”

“They have been staying at Will’s office ever since he snapped out of his coma,” Fanny serves as the crew’s social secretary, sees all & knows all of everyone’s everything.

“Good,” Connie runs back down the hallway to the common bath, barging in without knocking. “Get the car William!”

With nary a towel to cover him and a beet-red face he reacts, “This better be important Constance, I have a lesson scheduled with the Dean’s daughter.”

“You can tickle her ivories another time sonny,” she has seen

the two together and suspects there is more than piano tutoring going on between them, “get dressed and warm up the car, we have a friend to help.”

“Poor William,” Fanny expresses sympathy for a nice young man who is challenged when it comes to romance.

Constance is not the least bit concerned about that. Ramifications are spreading like an allergic rash, with benign redness leading to serious discomfort. And for all his foibles, Eddie has been nothing but loyal to them despite the uneven cadence of his employ. Never once was his wife to be part of the deal. Innocent coalitions have lead to collateral damage. 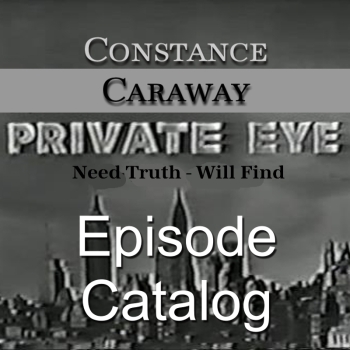 …“I am Agent Daniels from the CIA, Special Activities Division…

There is someone waiting for Martin and the gals when they return from Elgin; a very quiet

ride back considering they return empty handed, although buoyed by the overall results of their daytrip. But the Kimbark off-campus gray stone is not empty, rather occupied by a dark suited individual and young man, two new faces to the girls, one with red paint splattered over his self.

The booby trap that the crack CCPI-iers had set up apparently did its job; anyone coming in while they were gone, without prior clearance was to be branded by the same ink placed in bank bags filled with cash. The piano teacher is an unintended, if not unknown

“William, are you okay? I am so sorry,” Kamen tells his obscure housemate, while glaring at Constance.

“It is a pleasure to meet your phantom cohabitator Martin… but the trip-wire worked well I see. Sorry about that kiddo!” But there is another. “And who do we have here?”

“I am Agent Daniels from the CIA, Special Activities Division,” the outwardly undaunted man hands over his I.D.  “Obviously you have been expecting intruders, of which I suppose I am technically so, but William beat me here by a few minutes and let me in immediately; a bit chilly out there and the neighborhood is a bit dicey, I stand out like a sore thumb.”

“You just never know who or what you are going to catch, Agent Daniels.” Constance does not apologize for her intruder deterrent. “To what do we owe the pleasure?”

“For the last year and a half I have been embedded in a foreign organization called FOREVER MASTADON, FM for short. Their sole purpose is to suppress scientific information, the kind that goes against their neo-communist agenda. Miss Caraway, you first exposed them to the world when James East was found to be a double agent at Argonne’s Manhattan Project at the conclusion of WWII, but no one knew at the time, how that man (Victor VonOeste) fit in to the larger scheme. FM was behind the efforts to throw a wrench into our Chicago Pile One project from within; no bomb no peace.” 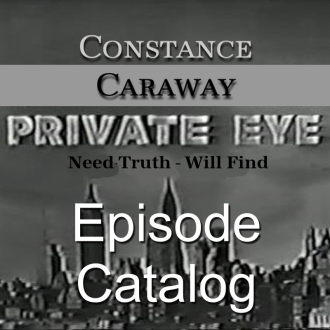 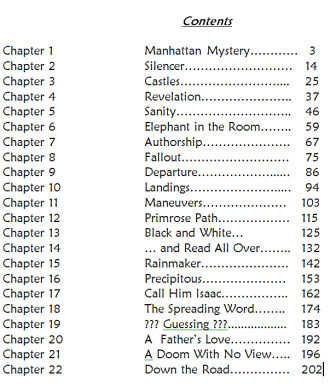 …“Constance Caraway!” He quickly ushers them inside. “I wasn’t expecting you until tomorrow…

With much anticipation and a smattering of trepidation, the team of Constance & Fanny wait for a response to the thunderous ‘BING-BONG!!!!’ they hear from on the other side of the front door. “The bigger the house, the grander the doorbell,” she tells Fanny.

After a scant minute, Fanny lifts the manual door/black brass adornment, then releasing it. A resounding boom resonates through the wooden door. “And the knockers are bigger too!”

“You never told me that you liked big knockers,” inside humor between good friends. Neither of them fits the bill.

That one gets past Fanny, who is wondering why no one is coming to the door. And it isn’t getting any warmer; should have worn heftier coats, but it was 68 degrees when they left out of Florida.

Another minute passes when, from behind comes, “Are you girls here for the 5 O’clock piano lesson?”

“William is running late,” states the man from behind them.

After catching her vacated breath, Constance comprehends the situation, replying, “We are looking for a Mister Martin David Kamen.” William who? Piano lessons?

“This is he and who might yea be?” The man appears to be in his late 30s and quite handsome at that.

“We are from CCPI in Tallahassee Florida.”

“Constance Caraway!” He quickly ushers them inside. “I wasn’t expecting you until tomorrow… but I’m glad you’re here. But forgive me for saying that you don’t look anything like I imagined… taller, I mean.”

“Disguises, don’t you know? I figured if I showed up with my hound’s-tooth hat and magnifying glass that it would be a dead giveaway.”

“Oh my, yes! I have no idea who is watching, what they’re watching or what their intent is.”

“Do you know “they” are?” No time for formalities.

Without prompting, the un-introduced Fanny takes up lookout posture, keeping one eye on the front parkway, while checking lampshades, picture frames and such for listening devices.

“No, I don’t have a clue, which is why I called on your agency.” 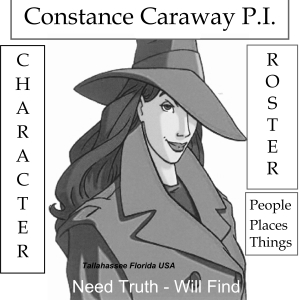