“I have an itch I need to scratch, Sherman My Boy… set our time machine to 1957 Texas, the sight where hundreds of people saw an egg shaped UFO.”

“I didn’t know eggs could fly.”

On November 2, 1957, the North Texas prairie town of Levelland (population around 10,000 at the time) was the scene of one of the better documented UFO incidents.  Numerous witnesses reported seeing an extremely bright object, often described as egg shaped and 100 feet long, often at or near the ground.

Among the witnesses were many credible people, including the fire chief and the local sheriff.  Some witnesses reported that the bright object landed or hovered on the road in front of their cars, causing the cars to experience electrical and motor problems such as dashboard gauges going wild, lights going out and engines sputtering or even dying.  Some witnesses reported a bright red object going across the sky at high speed.

The U.S. Air Force was contacted and sent a team from Project Blue Book out to investigate. (Project Blue Book was an ongoing Air Force investigation of UFO incidents from 1952 to 1970.  Previous studies had been started in 1947.)  The investigation team discounted some of the witnesses as not reliable due to confusion and/or poor education, and their official conclusion was that the remaining witnesses had been experiencing “ball lightning,” also known as “St. Elmo’s Fire,” the weather that evening of the incident being ideal for it.  That was their explanation for the visual phenomena as well as the effects on automobiles.

Prior to closing Project Blue Book, the Air Force produced The Condon Reportsummarizing the events that had been compiled and recorded and concluded that there had been no evidence found of extraterrestrial activity.

Critics of the investigation of the Levelland UFO and of Project Blue Book find it questionable that the Air Force did not interview 9 of the 15 witnesses and that the incident was not mentioned it in the project’s final report.  Outside investigators claim the alleged ball lightning was not the cause of the phenomena, as their study of weather reports indicated no sign of an electrical storm or conditions favorable for ball lightning.  They also expressed their doubt about the ability of ball lighting to cause electrical disturbances and to even stop cars.

Did the Air Force cover up yet another UFO incident?  Are the folks in Levelland good intentioned but deluded at the same time? 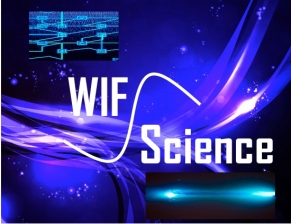 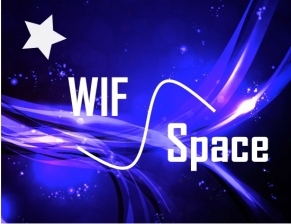 Shot Down by UFO!

A blink of an eye

On January 7, 1948, a Kentucky Air National Guard pilot met his death trying to intercept a UFO!

Dang, who did that?

Digging deeper, we find another well documented close encounter, this time of the deadly kind.

Captain Tom Mantell flying his P-51 Mustang was a World War II veteran, not a civilian or some rookie.  Mantell and 3 other Mustang pilots were directed to intercept a huge round white object, perhaps a football field across! Multiple witnesses had reported the sighting to military air control from spots in Ohio and Kentucky, including a sergeant at the Fort Knox control tower and members of the Kentucky Highway Patrol.

When the others fighter planes turned away from the pursuit due to low fuel or low oxygen (needed for altitudes over 20,000 feet), Mantell continued to climb after the object, and possibly describing it as of tremendous size.  (Air traffic controllers present are in disagreement about Mantell’s actual wording.)

Mantell’s fighter began an uncontrolled spin all the way back to the ground where it crashed, killing the pilot.  The most likely reason for the crash is Mantell passing out from lack of oxygen, but nobody knows for sure.

With an incident witnessed by so many credible witnesses, including military pilots, military personnel on the ground, and Highway Patrol personnel, and ultimately resulting in the loss of a fighter plane and its pilot, this encounter changed the public’s perception of UFO reports.  Far from an isolated report by a shady source, the shocked public had to take this incident seriously, and has been spurred to closely monitor every report of a UFO or seemingly alien encounter since.

Numerous associations, clubs, and individuals catalog and report about every incident they come across, from what allegedly occurred at Rendlesham Forest in 1980 to the alleged UFOs sighted inNew York City in 2010.  Collectively, these incidents continue to provide a rich source for enthusiasts to research, largely because of this early incident, which also happened to occur around the same time as the inception of the forerunners to Project Blue Book, but that was of course the subject of another day in Cracked History!

Don’t Mess With an Alien