…before long, optimism turns to panic, at first a distant rumble is heard…

On a still, quiet night like this, the steady trampling of six pairs of feet is easily

detected. The Bleakers celebrate the coming Campbells, eagerly cart wheeling to the task of escorting them across the trestle that spans the Little River gorge. One quarter mile across and 100 feet down, the watershed which feeds the larger Ochlockonee aquifer may scare the average person, for these men who dangle and fly for a living (with the greatest of ease), the dizzying height is nothing at all, even in the moonlight.

Darkness conceals the river below, making it appear to be endless space, without mass or ditch or anything that will stop an object straying from the rails. But it is there and gravity is waiting to take over.

The final stage, the most dangerous of the five, is in good hands. Footsteps are rhythmic and sure with half of the span negotiated. Even the Fabulous Flying Bleakers Brothers sense the mythical “”, the end of the trestle where they will not likely be followed. Agnes and Francis cover their eyes and sort of bravely ride the shoulders of their daring escorts from a far-off land.

But before long, optimism turns to panic. At first, a distant rumble is heard. There aren’t herds of buffalo in Florida, even before they were nearly wipe clear of North America, so it must be something else.

The wooden structure starts to vibrate. There are no earthquakes in Florida, though there are a few old-timers who remember a shaker late in 1811, distant resonance 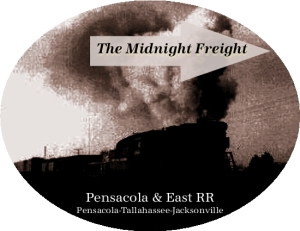 from the Missouri and Ohio River valleys.

A plume of coal smoke drifting past the sinking moon settles the matter. That rising cloud of ash and dust smoke can only be one thing. It is the unwelcome calling card from the Midnight  Freight.

The hard charging mass of iron and steel travels at speeds exceeding 50 miles per hour and closes in on the trestle in no time. A quick assessment of their status is not good at all. Amanda Campbell joins Willy for the final 300 feet; his strength will help them carry the day. Hosea tries to keep up, but his unsure feet slip between timbers. The Bleakers must put down the girls to free his wedged right leg. Screaming the whole time, his leg is loosed, but his shoe remains. 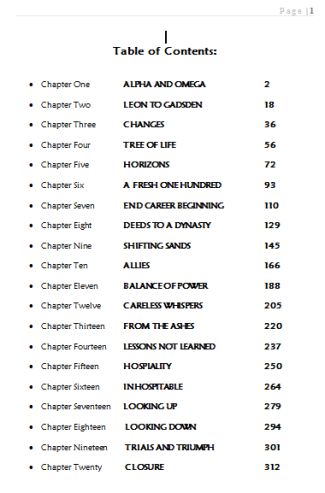