…Deke is gone and SEx {ÊS ÊX, its demonstrative nickname} is off-the-charts fast, with a reinforced hull and a molecular stabilizer that we didn’t even know existed…

–It is currently 2051 and much has transpired in the intervening two decades:

“What about the cabin security? What do those cameras show?”

“Nothing after you guys lit the fuse, Gus, nothing until you made the Pluto turnaround. The funny thing is, we could not access that video feed until after you landed. Either way the result is the same,” Roy recaps, “Deke is gone and SEx {ÊS ÊX, its demonstrative nickname} is off-the-charts fast, with a reinforced hull and a molecular stabilizer that we didn’t even know existed – isn’t that right Fitch?”

The man formerly known as Aldona Afridi tries unsuccessfully to mask his humiliation. Back in Talibanistan, they and the Koreans would have banished him to the rugged winter mountains for his lack of explanation. “We never considered the change in

“None of us did, Fletch, no need to beat yourself up.”

“What would have happened without a molecular stabilizer,” Francine is cautiously curious, “one body, two bodies or no bodies?”

She turns to Roy, “Look dear, we’ve got Gus and we’ll have to guess the rest.”

His mother by any other name, she hugs Gus McKinney as tightly as she can. He will have to do for now. Deke McKinney is formally considered MIA, however unexplained.

The rest of the world cannot know the puzzling outcome of mankind’s first jaunt to the edge of the Solar System, at least for the time being.

…THE CONTINUING SAGA OF THE SPACE FAMILY MCKINNEY…

… And so it was on that fateful day of the return trip, at 3X the speed-of-light, on an abnormally cold January day {in usually arid Galveston Texas that Gus McKinney is trying to explain what is inexplicable. His adoptive father, who also happens to be the heart and soul of

NASA’s SOL Project, fears the possibilities. How can the young co-pilot possibly clarify someone vanishing? That he departed Earth’s gravitational influence with his brother, Deke in Stellar Explorer’s pilot seat, only to return without him.

“So you and Deke thought you were in trouble, ‘phasing in and out’ as you put it?” Roy Crippen is in an untenable position. After having experienced the elation about what had been deemed a colossal success, he must now reconcile what can only be described as a handful of nothing.

Gus McKinney knows nothing, at an utter loss for answers, but for some odd reason he parades a peaceful façade.

Former President of the United States of America {#48}, “Prez

Roy”, can only be described as befuddled. “I have been getting some feedback from Fletcher Fitch here {lead SOL engineer}, not to mention the crew of the SLAV that clocked your speed averaged around warp 3 — WARP freaking 3, Gus! Stellar Explorer was engineered to approach SOL, not exceed it, could not exceed it… yet here you are in one piece, returning to Earth with a spacecraft that has been souped-up!”

“Look Crip, if I had clue what happened, you’d be the first to know.” Gus is still in shock himself. “All I know is that I have this nagging feeling that Deke is alright.”

“Yeah, I know that doesn’t make a lick of sense, but some damned weird stuff was going on in the cabin just about the time we lit the fuse.” The memory is fresh, if not sketchy. “The last thing I remember, Deke said something about Mom.”

“What do I have to do with this?” The former First Lady of the USA, project

Spokeswoman and host on The Space Channel, Francine Bouchette-Crippen, has been an insistently ardent observer to the debriefing.

“No offense Francine, but I got the feeling he was talking about our real mom, as in Celeste McKinney, you know, the one who vanished from Mars along with Dad back in 2030.”—

…Sammy Mac, that pretentious Earthling, has mastered the art of changing the tone of a conversation with the Supreme Elder of Eridanus on a dime…

Out of a combination of boredom and sarcasm, Sampson starts whistling the slow, soulful, deep-south 19th Century slavery tune, “Nobody knows the trouble I’ve seen.”

Ekcello must have been snooping, whisking in behind Sampson’s rendition of yet another strange sound from a likely strange source.

#What is that curious music you produce Sampson McKinney? I did not know you could musically communicate#

“It’s called whistling Ekcello old man. If it tickles your ears, well if you have ears, then your senses, I have a million more like it…” He jumps into the, “Theme from 2001: A Space Odyssey”.

Sammy Mac, that pretentious Earthling, has mastered the art of changing the tone of a conversation with the Supreme Elder of Eridanus on a dime, before it has a chance to start. Whenever he did this, the Eridanian man of meditation’s expression takes on #Now where was I?# look, extremely unsettling for one of such intense concentration.

On track once again, Ekcello emotes in his lyrical style, #You have two male offspring#

“Yes, Deke & Gus,” Celeste steps in to address an issue never far from her heart; quickly and longingly in her audible voice.

Suddenly Sampson grasps Ekcello on Eridanian terms, “Are they in some sort of trouble?” he wonders aloud.

“They haven’t abandoned The SOL Project!” A proud papa speaks of children he never had a chance to see grow up. “I knew my boys would become astronauts!”

…“Gus & Deke, of The Space Family McKinney I might add, have been chosen to pilot the first SOL Project cruiser!”…

“The Chosen One” Artwork by Stefan Boettcher – Lucasfilm LTD

“Deker you fox, what brings you to the land of “crooks and cronies”?” He has come to Washington D.C. for a meritorious reason. 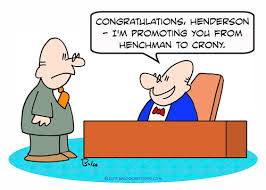 “I hate to interrupt movie night, but I’m here on official business Dad.”

Please note that Deke McKinney refers to Roy as “dad” and Gus uses the “sir” name. Gus still has not accepted that their birth father needs to be replaced, one-for-one.

“Gussy (he cannot avoid his nickname) has no idea what I am going to tell you.”

He pauses to make eye contact with formerly little brother; 6’2” to 6’3” and when in the past year did he get passed up in height?

Francine urges Deke to divulge that which he is withholding. “Cut the drama Deke darling!”

“While my little brother has been stealing X-66s and politician’s limos, I have been working behind the scenes.”

“Come on Deke darling, tell everyone that you finished at the top of this year’s class and I was in the cellar,” Gus always thinks everything is about him… this time he is right.

Deke looks back at Gus one last time, undaunted by the goodhearted nature of a

“Gus & Deke, of The Space Family McKinney I might add, have been chosen to pilot the first SOL Project cruiser!”

“Wahoooo….” Gus bounces off the ceiling.

But it is President/Stepfather that injects pragmatism into the moment, “That flight may be ten years off Gus, so don’t be packing your bags just yet.”

“Oh Roy, do you have to be such a killjoy? You spend every-other hour scheming and dreaming about it and then you throw a wet towel over it.” Francine orders a bottle of sparkling something up to the Red Room. “I think that is news worth celebrating.”

Four glasses are raised high, clinked together, the contents emptied into the stomachs of the foremost forward thinking pioneers this side of Orion’s Belt;  2 true space pioneers plus the prevailing first parents out of that big white house in the District of Columbia, USA.

…What is taking four months to accomplish {the New Mayflower rescue mission}, a SOL equipped spaceship would take 10 minutes, akin to a trip to  a corner store in New Orleans…

— After he had escaped from a treacherous country, had his family risk their lives fleeing to Turkey, managed to  contact the Space Colony Director with scandalous information, only to be shot by an assassin’s bullets while being flown into the United States, poor Aldona Afridi is not an yard closer to applying his trade.

But now the renegade turned research scientist has been assigned to the SOL Project: the independent foundation, with significant ties to NASA that is dedicated to achieving space travel at the speed-of-light threshold and not a mph less. With the recent stranding of personnel, some 3+ months distant and without a lifeline, efforts have been redoubled in the quest of 670 million miles per hour.

Do the math. What is taking four months to accomplish {the New Mayflower rescue mission}, a SOL equipped spaceship would take 10

minutes. What is presently classified as a time-sensitive mission would be akin to a trip to a corner store in New Orleans.

Another comparison may apply to the situation on Mars. Unknown to anyone on Earth, the NEWFOUNDLANDER would have taken over four years to reach this solar system, assuming that they came from the nearest star.

Such are the daunting numbers that face a small grouping of scientists that does now include Aldona Afridi; and he feels well-favored to have the opportunity. He is making a good wage, not a fortune but sure beats the United Korean blood money by light-years.

His family is safe, though the Afridi family name has been changed. Meet the

How easy are things when you are under the protection of a benevolent Federal Government such as this? You get an undercover makeover, govt. housing and a new outlook on life, just like that.

Fletcher and Madonna Fitch have that new look, new wardrobes and names that they had no choice in getting.

And still, life is good… so far.