…As for the groom, the accompanying guilt will haunt him, probably forever, stealing the innocence from the intimacy in his life with Abbey… 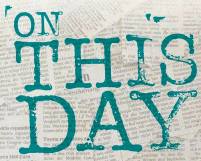 On that Saturday, 1 September 1900, the wedding of Abigail Smythwick-Ferrell to James of

the same, is set to take place on the veranda of Hillside Estate’s main house, the good Reverend Watkins of the First Church of Christ officiating. At 1:30 P.M. the one hundred chairs, borrowed from the Sunday school rooms, are quickly being filled by the fannies of the Panhandles finest.

Martha has recovered her social graces in time to serve as a fine Mother of the Bride, albeit adoptive. Mother saves the day, seeing that Agnes would have been forced to fill that position, even though daughter appears to have risen out her funk, appearing to recover from the loss of her brother to another. That one act of love by James, an act unsurpassed by none in the realm of male/female relations, has satisfied her unanswered needs; memories that cannot be revoked, even the problematic ones.

As for the groom, he wishes upon wish that he could erase his memory. The accompanying guilt will haunt him, probably forever, stealing the innocence from the intimacy in his life with Abbey. He can only hope that the confession of his sin before God will bring forgiveness; their only chance at the perfect life offered by our heavenly Father.

He really is not nervous or apprehensive, merely remorseful. There is a promising life ahead for him, given a probable career in law and a beautiful wife to boot. There is no need to be blue, like the sky, which is high, with thickening clouds, with the closeness of oppressive dew points, clinging to the air and everything it surrounds. The animals retreat to inactivity on days such as this, leaving humans as the only creatures dumb enough to risk dehydration and heat stroke.

But, luck can be credited for the number of doctors in attendance, enough to staff the clinic Mayo. The waiters and waitresses are instructed to encourage guests with pitchers filled with water and bobbing chunks of Love ice. 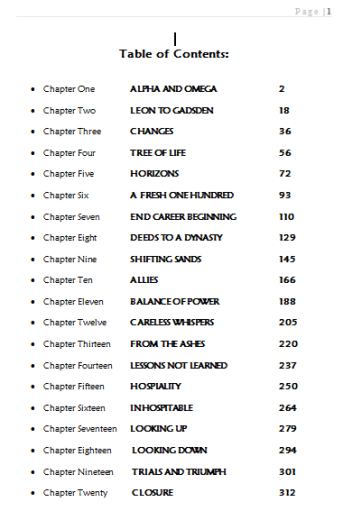 …the good reverend Pastor Bill Johnson gazing down at his assembling flock and guests, from the top stair of his church entrance…

A solemn motorcade has assembled in front of Faith Resurrection Baptist Church. Directly behind the funeral director, is the same extended-body black Lincoln that 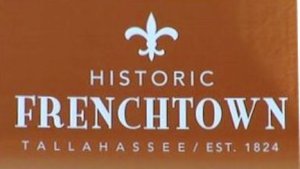 whisked A.O. Campbell to his temporary freedom. Trailing behind, in a considerable line, are those less mobile, nevertheless devoted admirers of what Maggie Lou and her surviving husband mean to the community. As he suffered at Starke, in silence, in disgrace, they were out of sight, out of mind.

Without Doc Campbell in the socially lagging Frenchtown neighborhood, they suffer of body. Without Maggie, they are down one friend. Despite the incalculable disparity in the lifestyle the Campbells have enjoyed and that of, say Lilly Chevis, it can never be said of Maggie, ‘That woman is so uppity, livin’ in that huge 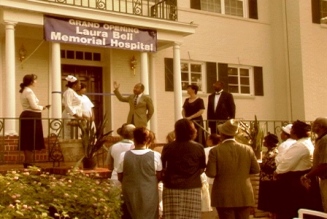 house and all. And can you imagine havin’ black servants? How nervy can you get?’ Yes, Lilly Chevis helped out at Laura Bell Memorial Hospital, a two story edifice named after Maggie’s mother, their shared kinship is the byproduct of most relationships that include the Campbell’s by habit. Holidays, birthdays, baby dedications, church socials, graduations and sadly, funerals are shared experiences of

the community family; each occasion warm and full to the brim.

The Campbell world, the one not fully revealed to Lilly: the university functions, cotillions, fund raising dinners for the politically given and all black ties affairs.

Yet today, none of these detract from the deep sense of neighborhood.

Consider all of the above. These are what bring a throng of mourners to Faith Resurrection B.C.E., the good reverend Pastor Bill Johnson gazing down at his assembling flock and guests, from the top stair of his church entrance. Neither he nor any of his parishioners

can recall this house of God’s capacity being so threatened. Although the Sunday after the Tallahassee soldiers arrived back from World War II was greatly packed with grateful souls.

Ushers Harwood, husband to former Campbell nurse, Lettie Golden and Dr. V.L. Perry, the president of Florida A&M, make the most of “Faith’s” interior, including the little used balcony. For this service, there are extra honoring voices behind the pulpit, which is right behind the flower covered casket. 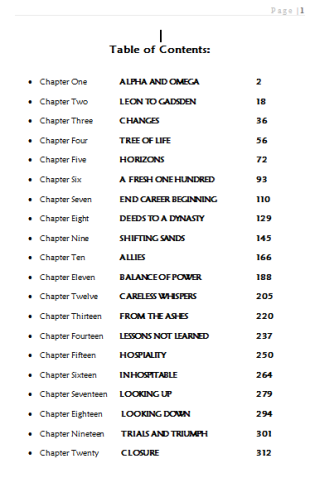