…“Maybe space sickness took a while to set in?”… 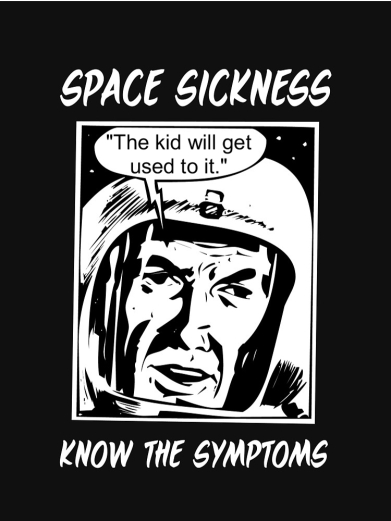 In the midst of the long way home, young Joyner has indeed come down with

something. 4 out of 5 doctors do not have a clue; the other 1’s license is expired.

The otherwise warm & fuzzy homecoming story has threatened to bury the lead.

With each passing parsec, Joyner McKinney drops further below his baseline of perfect

health. “Listless” is definitely not a word used to describe his countenance, but listless he is. Outward symptoms like a runny nose or an upset stomach, Does Not Apply to his Eridanian half. Any illness at all will be his first. Lethargic will have to do for now.

On Eridanus, wellbeing is a given. Near immortality promotes an invulnerable attitude and rightfully so. “Pert’near immortal” is the new moniker that Sampson McKinney has attached to the Eridanian condition, especially since the passing of Ekcello. His vested interest in Joyner dampens this certain set of circumstances, “Maybe space sickness

took a while to set in?”

While the effects of space affect everyone differently, Celeste is the closest thing to a medical officer on this ship. She begs to differ, “No, I don’t think so Sam. He was given a complete physical before we left. He checked out just fine.”

She has had ample time to observe her grandson. Not once has there ever been a solitary reason to panic… up until now. She has been hesitant to raise an almost unthinkable theory about his health. In the privacy of her and Sam’s cabin, she shares her theory. 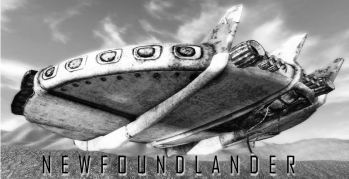 is what is causing Joyner to feel bad. There were a couple bodies on the bridge when we found it.” They must confront the facts, no matter how unsavory. “He is ½ Eridanian after all, just a thought.”

“Skaldy wasn’t sick when he was summoned to Harmonia.”

“As far as I know, the Null have greater resistance to outside influences like germs and such. I am going to scour this ship for any signs of a harmful agent, something that we either overlooked or have not been an issue until this voyage. In the meantime, you better send a message off to Earth. Crip may want to run this by Decon 1.”