…Francine’s words land harshly and dig deep, and may as well have been a dagger to the heart to a man who had suffered more than his share of setbacks as of late…

…Roy is taken aback by Francine’s callous bluntness, and he hasn’t even asked a question.

Without being asked she continues, “I am flattered that you’ve seen enough of my work that you would offer me the job, without consulting your higher-ups. And believe me when I tell you that the space program intrigues me, interesting and exciting to say

“But, the big but is that I am in the 2nd year of a 4 year contract and if I haven’t admitted it before now… I am

engaged to KHST’s VP of News,” she pauses to count on one hand, “going on 5 years this May.”

Her words land harshly and dig deep, and may as well have been a dagger to the heart to a man who had suffered more than his share of
setbacks as of late. Does this signal the return of “old” Francine Bouchette? Had she now secured the inside story, that juicy prize that will get her where she wants to go? ‘Good bye Charlie, I must be getting along.’

“I see,” TMI, BTW, TTYL Roy is an unemotional as possible, after all, what did he expect or hope for after merely holding hands or that pressure packed tender kiss.

Francine stands, her skirt soiled and wrinkled and that $150 hairdo looks like a fright-wig. She brushes her hair straight and a mirror helps restore her face, the skirt is too far gone, fitting results for a day that has turned the page – plus 3 hours more.

“I have to head out Roy. I believe you granted me another exclusive and if I don’t get
going, someone else will beat me to it. I hope your valet didn’t drain my hydrogen tank, Corvettes are not fuel efficient.”

“No they’re not; I have a gasoline 2001 Stingray rag-top myself.” He is brave on the outside, “If you ever need a source here at Galvy or Lovell, you can look me up.

“And don’t be too hard on us,” he uses two hands to squeeze one of hers.

Her smile is pained as she turns to find her car and shows herself out of the complex.

“It’s just another ordinary day in the life of an everyday ordinary space freak.” Roy mumbles this and other self-deprecating phrases on the way to his now lonely office, plopping onto the overused couch to close his eyes. Sleep come mercifully quick, dreams not so sweet. —

…Thank you watching this special report, I am Steven Sharkey. We will be seeing you at our 5:30 Newscast,..

…I get one (plucking) line at the end? What is that?” Only some of that reaches the air…

“Nnnooooooo,” screams Deke McKinney, leaping to his feet, a boiling flash of blood flowing to his brain. The brothers stand together, eyes fixed to the televiewer.

“These are Roy Crippen’s words to me,‘At approximately 11 AM local time, Space Colony 1vanished from NASA tracking. The astronaut team of Commander Sampson McKinney and Lt. Commander Celeste McKinney, who were on the surface of Mars at the time on the 1st surface exploration, are believed to be thriving, though communication has been disconnected on their end. There are sketchy clues to what may have occurred.

‘We have weighed all viable options and have decided to launch the deep-space shuttle New Mayflower, with a skeleton crew of three, to effect the rescue of the McKinneys before their means of survival have been exhausted. This unprecedented Midnight launch will retrieve two of the World’s greatest space pioneers.’

“He finished by telling this reporter, ‘Plans are already in the making, discussed by our consortium partners, to build a second orbiting Colony in place starting before this year is out.’

“This is Francine Bouchette and KHST 13 will continue to monitor this tragedy and will bring you the latest, whenever that will be… back to you Steven.”

“Thank you watching this special report, I am Steven Sharkey, we will be seeing you at our 5:30 Newscast,” closes an embarrassingly mortified co-anchor. “I get one (plucking) line at the end? What is that?” Only some of that reaches the air… 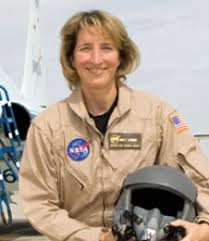 … Senator Broyles whispers at Larry, “That is some classy lady, she is going places.”…

“Francine my little filly, I surely think you are going to make it big in this business.”

“Unfortunately Senator Boyles, my interviewing skills and 20 bucks gets me a bus trip to Beaumont, unlike your friends in high places,” she pulls a small mirror from a handbag to check her hair, “as you well know. Your path to Washington started as an alderman back in Austin, if memory serves.”

“Well Honey, you are soooo right about know the right people and considering the innumerable favors you are doing me in this all-important election year, I would like to number you as a good friend and my good friends always come out on top.” And he means it. “In fact, if you are thinking about doing a story about my work in ol’ D.C., I would gladly throw a wing-ding party in your honor; then you can take national stardom to the bank.”

“That would be wonderful Senator Boyles,” she leans over to give him a peck on his rosy cheek. He would appreciate this kiss even more, had he known how hard it is for her to be nice to anyone. “If you will excuse me gentleman, but I have a script to edit for the 5:30 cast; bound to be a shitload of mistakes by my writer.”

She leaves the set in her typical prima donna style; no words of praise for the set-crew, head tilted back

with skirt swinging from side to side, as if propelled by some mysterious force.

Broyles whispers at Larry, “That is some classy lady, she is going places.”

Queen Francine. All the director/lackey can do is roll his eyes… and think about the heel marks on his backside.

Francine makes her way through the maze of hallways and stairways that snake through the modest four-story KHST building. She whizzes past offices… sales and on-air talent, engineering facilities, editing stations, and rooms storing old-school tape and video. Even the room that harbors the most activity, the reporter’s’ area is left in the dust; all those poor stiffs with eyes fixed on computer monitors, listening to police scanners and the five competing television stations in the Houston market.

“I would not know how I am supposed to feel about many stories if not for the fact that the TV news personalities make sad faces for sad stories and happy faces for happy stories. ”

“Our major obligation is not to mistake slogans for solutions.”

“What the mass media offers is not popular art, but entertainment which is intended to be consumed like food, forgotten, and replaced by a new dish.”

I make my living off the Evening News
Just give me somethin’, somethin’ I can use
People love it when you lose, they love dirty laundry

Well, I could’ve been an actor but I wound up here
I just have to look good, I don’t have to be clear
Come and whisper in my ear, give us dirty laundry

We got the bubble headed bleach blonde who comes on at five
She can tell you ’bout the plane crash with a gleam in her eye
It’s interesting when people die, give us dirty laundry

Can we film the operation? Is the head dead yet?
You know the boys in the newsroom got a running bet
Get the widow on the set! We need dirty laundry

Dirty little secrets, dirty little lies
We got our dirty little fingers in everybody’s pie
We love to cut you down to size, we love dirty laundry

We can do “The Innuendo,” we can dance and sing
When it’s said and done we haven’t told you a thing
We all know that crap is king, give us dirty laundry