Here is a random (edited) sample of  comments from the Chicago Stadium luxury suite at Billy Graham’s Crusade stop:

…Gone is the spring-like weather of 2 days ago; ‘sleety days and Mondays always get me down’, but nothing will dampen the spirits of the Libbyites…

It is the third night of the Graham Great Chicago Crusade and it has been decided, by

a straw poll of the Libbyites incl.: Constance, Fanny, Martin, James/Daniels, Sister Mary Joseph, Eddie, Edie, Ace and Worth to attend in unison, a united front of those whose lives will be forever altered by this experience.

Kimbark roomie, the elusive William the piano teacher, has a date with the Dean’s daughter.

Goldwyn the Jr. has two nights in the can (movie

lingo for completed scenes) and is capturing the true flavor of what it means to come to Jesus. His wife of one year Jennifer is welcomed as an honorary Libbyite.

Gone is the spring-like weather of 2 days ago; ‘sleety days and Mondays always get me down’, but there is not anything that will dampen their spirits. Ever indulgent Ace Bannion has chartered a luxury motor coach for the occasion and with 100% attendance, good times they are a flowing. Though their guard is ever vigilant, the strange twists and death-defying turns are shelved for the Crusade finale, to make way for a good old fashioned southern worship service. Billy has promised them a special night.

The Libbyites occupy the owner suite, an enclosed luxury booth, one of fifty ringing the mezzanine, with the absolute best view (center ice). It also provides them self-service security, so they can be as carefree as possible.

If it were a Blackhawk Hockey game, team owners Arthur Wirtz or James Norris may be front and center with their family, friends and cronies, but the team is bad, bad, worse and they are on a long two week road trip. Thank God for small favors; those pesky sportswriters will fly away, fly away on the West Coast Swing with the team.

…Pentateuch has been crossed and triple-crossed, with a double cherry on top… 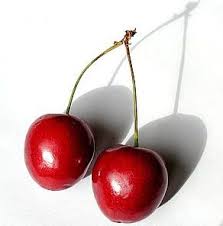 There can be heard a mighty roar from out the Lake of Fire, the whole Earth growls

What could trigger such a geophysical belch? “WILLARD LIBBY IS ALIVE!” not a rejoicing regurgitation from Pentateuch.

Since, from the earliest reports at Elgin State Hospital, when he learned of Willard Libby’s unintended, but accepted death, the Dark One has been kept in the dark. There is not a sorer loser, on Earth or below, that exists. It may be, that the short phrase ‘seeing red’, was coined in 1951.

Suddenly Forever Mastadon and World Agnostica Unlimited are rendered meaningless. All the earthly co conspirators, like the Justice Department a.k.a. the FBI, Canisso and his thugs, McGraw-Hill Publishing, L. Dick Cannon or the newest saboteurs from the CAA, they all can go their merry way, quite possibly reuniting in hell.

“Losers be damned every one of them! I’ve been duped by Cephus, whom I trusted, and a female weakling with her ragamuffin mercenaries. I knew there had to be a reason she was putting her friends in front of me, ripe for peril. WILLARD LIBBY IS ALIVE & SO IS THAT MISERABLE MARTIN KAMEN!”

And though he never truly thought that Cephus(Daniels) had perished in the Argonne fire, he could never focus on the man’s countenance enough to be sure. Even the chief demon has a fatal flaw.

The fact is: He has been crossed and triple-crossed, with a cherry on top.

With hands lifted out, gyrating with his greatest urgency, the Dark Deceiver summons the worst of his fallen angels to come to battle. No more mister nice guy or withholding his ire about a situation from which he has lost a grip.

A war is erupting, with The Chicago Stadium as the Holy Battlefield.

… I have to tell you Caraway, you sure know how to get a party started…

Agent Daniels has picked up the trail of L. Dick Cannon and has made him his newest person-of-interest, so he knows all about 5046 Greenwood and the plans surrounding

the Chicago Stadium meeting of the Spiritual Engineering cultists. Separate from the FBI’s obsession about communists, his interest continues to focus on what nefarious nonsense Pentateuch has his spindly fingers in.

“I can see how a massive show of force may make Penty think twice about his above-ground based operations. At the very least it will make him aware that he can’t fly under the radar anymore.”

Daniels knows that there needs to be a changeup in his own personal approach. His superiors are getting itchy about where things are headed, after hearing descriptive 2 word phrases from him that they’re not used to hearing like: spiritual warfare, hyper-cold sanctuaries and soul stealing.

He does do his due diligence.

“This Cannon guy is a real piece of work. He has managed to come up with system that is like Sigmund Freud on amphetamines. I’ve been reading about mental engrams

and his brain auditing to make a person ‘clear’. It’s all horse-hockey. The CIA has torture techniques that is similar, puts that stuff to shame.” Torture is a science. “I think we can kill two birds with one stone.”

There are movie stars lining up to line Cannon’s pockets with their money and most of the same people will be lined up at Hell’s entrance..

Constance is getting antsy. “Are you ready to roll? The CPD is picking us up in an armored personnel carrier.”

“Hey, that means the National Guard has been called in on the operation, municipal police do not have those. I have to tell you Caraway, you sure know how to get a party started.”

Truer words have seldom been spoken.