Whatever happens on Saturday April 28, the entire nation and most of the English speaking world will see “it” live on their televisions, whether in black & white or the privileged choice, color. Once again the National Broadcasting Company will be 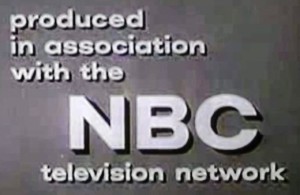 carrying what Samuel Goldwyn and his cameras are filming.

The growing popularity of the Billy Graham Revival Crusades is overtaking any other programming they can put on the air. And the advertisers love it. They know they can rely on the reliable loyalty of those Christian viewers to purchase their products (unless they’re selling booze or tobacco).

Realizing that it would go virtually unnoticed, Arthur Godfrey and CBS aren’t even going to air his show locally that day.

renewed religious interest: a new interest in religion, or the awakening of such interest.

recovery: the recovering of life, consciousness, or full strength.

The above definition describes what is going on, amidst the growing buzz about the Billy Graham 1951 Crusade. After two World Wars, an escapist decade called the Roaring Twenties, the Great Depression and the Cold War the entire planet is in need of something. Coming closer to your Heavenly Father, in the midst of or following, years of feeling lost and alone, is a positive 1st step.

The 3 Comiskey Park meetings are going to be like a courtroom trial and that is the feel the team of Graham and Goldwyn are going for. The whole shebang may be ill-advised, half-cocked or both, but there’s no stopping it now. It may not be the conventional path to salvation, but one thing for sure, the fence riders are looking to proof, proof that God exists and sure as shooting they are going to get it.

…Mob mentality is one of the strangest instincts in human nature, buried good and deep…

solar system makes the other cover-ups look like white lies.

You can hardly hide something the size of the disputed planet Mercury from private telescope operators. It is as plain as an age spot on Galileo’s face that the object is far from purposeless.

A hacker, who has since mysteriously disappeared from the capitol city of Talibanistan, was able to break into the Planetary Defense Coordination Office server. He is able to blab the suppressed {Ÿ€Ð} invasion transmission to the world…

… Even if fibs are for the greater good, when they do come to light, the

results cannot be managed. The world has gone deaf to the NASA managers. “Keep Calm and Trust Us”may be true and to be heeded, but the horses are out of the barn, too far down the road to be corralled. Rancher Roy Crippen can only stand back as he witnesses the collapse of world order.

Global money markets tank, doomsday prophets gloat, anarchists flourish and bomb shelters are dug from the North Pole to the South. Both Planetary Defense and those in the know expected just such panic, if & when that alien warning ever became public. 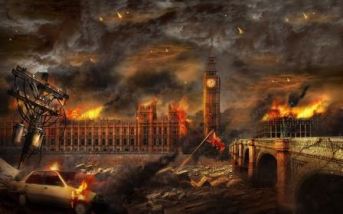 They will not be able to blame Alf Quigby for this one. It does not matter who is to blame, try as some of the mightiest might.

“Chicago and London are in flames, Chinese banks are closed until further notice, the Internet has slowed to a crawl and the airlines just grounded all flights. People think the world is about to end and I can’t tell them anything different!” President Chasin Hedley has been in on the SETI cover-up from the beginning. He is acutely aware that a do-over would produce the same result. “WWOWD?”

A student of all things Science Fiction and pop culture in general, the figurehead of NASA guesses the expressed acronym instantly, “Orson Welles would have made a clear introduction to this story,” Roy concludes, “explaining that it is just a radio drama… NOT a Martian invasion.”

“We could have, but people, hear what they want to hear. That message is 3 bleeping years old. Three years ago, Harper Lea Bassett would have been the first person to panic… National Guard, martial law, the whole shebang… the military against the people repeated one country after the next.” A former president is regretful. “Mob mentality is one of the strangest instincts in human nature, buried good and deep. I doubt it was any different during the dinosaur extinction; we were just more spread out on one huge continent. I read a memo: It took approximately 5 minutes for the SETI recording to span the globe… then roughly 90 seconds to worldwide chaos. What can we do here in the U.S.?”

“I have declared martial law and mobilized the National Guard.”

“I have opened up the rifle locker at King Ranch. My hired hands {Secret Service} are instructed to use force to protect the compound. May God, Lorgan or both help us all.”

How cruel the irony. 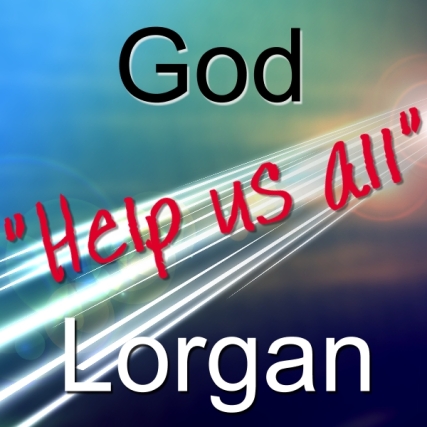 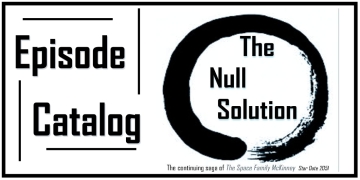