…any time Strategic Air Command’s name is invoked, it does not mean that the USA is merely recalling their embassy personnel…

“The country would not stand for news of the McKinney deaths… they adore that couple,” President Sanchez makes a politically generic statement.

“This should have nothing to do with Time Magazine Online “Most Influential People” issue and everything to do with putting reprobate rulers in their place.” Roy moves to move the President of the United States of America into action. The man is stuck on how this latest development makes his administration look, instead of recognizing the threat to the welfare of the planet itself.

“Chances are Pete,” using his first name for effect, “that armchair diplomacy or economic sanctions will not work here.”

Sanchez should ask himself why, in retrospect, that the very same type of jealous admiration exhibited by Korea, were one and the same as his quest for the United States Senate, lo those many years ago. As a younger, more idealistic politician, Sanchez had practiced a suspicious mudslinging campaign against the incumbent Senator, in the primary election that year. And though Sanchez did not get the

nomination and the other party ultimately won the general election, it ruined the man’s reputation unnecessarily.

It is a lesson for those who are lame ducks or out of favor; there may be someone or some country lurking, ready to ruin his legacy or bring down the entire nation he is ultimately responsible for.

“I guess we need to flex our muscles.”

“And forget about that gratuitous speech you are about to deliver,” Roy whispers under his breath. “And you know that we at NASA and SAC will be vigilant, Sir.”

No sooner than the phone goes dead, Roy wonders if the President meant yet another dreaded commodity embargo or economic isolation; neither of which work against those determined to make, in this case, outer space mischief.

Francine is privy to one side of the conversation, but any time Strategic Air Command’s name is invoked, it does not mean that the USA is merely recalling their embassy personnel. She is aware that stakes of the game have

changed and she will have a front row seat to it all.

It is getting late at Lovell and making the trip home to Houston less desirable than usual, but in these times of fear and doubt, where better to spend the night but at King Ranch, “I’ll give Braden a heads up about an incoming Canadian-made helicopter with a Russian sounding name (Sikorsky) and two tired NASA people aboard,” she states.

Home is where the heart is; a tired old phrase with new meaning for Francine and Roy. Their days of freewheeling solitude are coming to an end; work like a dog, return to an empty apartment, check all social outlets, make sure the world hasn’t gone mad, grab a quick bite and do it all over again tomorrow.

Since the newswoman is so close to going with this story live, she takes a deep breath to reassess the wisdom of her coming actions. In the big scheme of things, nothing is bigger than {breaking} news of a probable Space Colony disaster, but in her hours compiling file footage, Francine has come to admire the husband-wife astronaut team, who have invested their lives, sacrificed valuable family time, and now may be doomed to sacrificing their lives, literally. 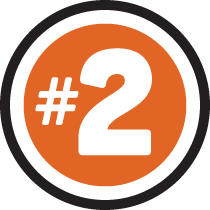 She discovers a hidden reserve of compassion deep down inside. It has never been clearer why the attractive couple ranked #1 & #2 in  TIME MAGAZINE’s 100 Most Influential People issue, for the second consecutive year. Last year they were just appearing on the national scene as an epic family.

A cold chill travels up her spine at the thought of the reprehensible plight of these good folk.

What had started out as breaking news about the demise of Space Colony 1 unexpectedly evolves into a mournful hodge-podge of doom and gloom, mostly because of the time she would devote to Sampson and Celeste McKinney, their lives on Earth and their fate in space. But the truth is, the details are meager and the creative latitude too tempting.

The script as she wrote it has a somber tone, with a theme that challenges NASA’s goals and the price it has exacted on the world economy, along with unrealized expectations. It is 4:30 and she programs her words into the teleprompter, something she almost never does.

When she takes a break before heading to make-up and hair, the gaunt face of Roy Crippen, whose eyes display the stress of unmitigated devotion, keep popping into her brain. He has become the face of Space Colony 1, unfailingly cooperative to a fault and polite beyond belief; all those inane questions from ignorant neophytes. She cannot help but project the man’s current mental state and her uncensored news flash may push him past some unforeseen brink.

Suddenly, like a sinner being visited by an angel of mercy, Francine finds herself racing to the nearest desk phone.  In a minute she is hailing the line leading directly to the Galveston launch facility. She gets funneled into a cybex satellite telecommunication router.

“Galveston Launch, we are currently unavailable due to technical problems.”

“I am sorry but he is unavailable.”

That is not an automated voice. Oops.

“My name is Francine Bouchette, from KHST 13 Television, Houston. I have urgent information that I need to discuss with Mr. Crippen.”

“There is a news conference scheduled for one o’clock AM and your station will be receiving a press release shortly. Until then, he remains unavailable.” She is firm.

Francine is even more firm, “I know what happened to Space Colony 1.”

There is no response.

“I am going live in twelve minutes.”

If she hadn’t stopped smoking, in the interest of white teeth and porcelain skin, this would be the perfect time for a 100 Slim Menthol. The digital clock clicks down to 9 minutes before the live cut-in.

“Get on the stick Lady,” she mumbles into the phone.

It is three more minutes before an anxious male voice joins the connection.

“What exactly do you think you know about Space Colony, Ms. Bouchette,” this man doesn’t beat around the bush.

… From the moment that she answered her Florida front door on the day before Christmas 1950, the road to Chicago was being laid out for her… for such a time as this…

**When Agent Daniels, the G-man with another plan, makes himself known, Constance finds a way to weave him into her ragtag trick bag. Instead of eschewing the government insider, she finds him to actually be an insider of another variety, the kind that has placed him precariously close to the underworld, the world that contains the very source of what has become a grand conspiracy to further the Great Deception.

**With Fanny back at home, helping a fellow Tallahassean in trouble, Ace Bannion flies onto the scene and without throwing Constance into an ineffective tizzy, he adds invaluable mobility with his private plane and global panache with a Mediterranean interlude, topped off by a Wisconsin treasure hunt. He has taken her emotional past and put it in its place. A beautiful woman has emerged, no longer weighed down by dead-end personal concerns.

**Billy Graham. What’s in a name? He is an evangelist with a twist; a Bible-taught warrior, a logistics magician and a miracle maker, all wrapped into an imposing Southern gentleman. When Constance learns of Graham’s participation in the Tolentine Summit, it is he that she uses to accentuate the connection between radiocarbon-14, Willard Libby and the conspiracy to squelch the effort to enlighten the mislead world. Only a man like him could bring this mini saga to a

**Twelve Libbyites (and growing) are gathered together, ready to step into the spotlight and tell their stories, for such a time like this.

… AND READ ALL OVER

met, the entire Hearst newspaper empire, all 28 papers from across America, are directed to “puff” Billy Graham and his 1949 Los Angeles crusades. Graham didn’t need too much puffing considering that his California alter calls had blossomed from a compact 3 week event to a full 8 week Holy Ghost revival, already making him a national figure. Rare was the day when he didn’t make the front page.

Video footage from these prayer meetings would make their way onto Sunday morning television, meeting the stations’ FCC religious programming mandate and providing shut-ins with a pseudo church service.

Here in 1951, with “The Old Man” of the American free press nearing 91 years old, he is determined to back a cause which has a far-reaching meaningful legacy. Hearst is rich by any measure and diverting several million dollars to a good young man who shares his patriotism and anticommunist views, as well as a passion for the youth of this nation seems like a natural step. So, despite the protestation of son William Jr., the funds are entrusted to a stranger.

Graham does not turn down the money, why would he, when it is being placed in the

hands of a good steward. And he doesn’t forget his friends. His Evangelistic Association is now well funded (by a dying billionaire with a guilty conscience as well the gratefully saved plebeians) and he sees the needs of the people at the bottom of the Libby food chain, specifically Constance Caraway’s efforts on his behalf. (Not to mention Martin Kamen who has directed most of his own grant money to pay for CCPI’s services in the first place). So, he places $100,000 dollars of seed money in Caraway’s care, with the caveat that she distributes it fairly amongst her foot soldiers.