…we are proud of our enforcement of the laws of Florida, in fact, we have been assembling a case against a Negro doctor who we’ve been watching all summer…

There is a black sedan bearing Leon County tags pulling through the service entrance to the Leon County Jail at half past the hour. When 5:00 approaches, another car, this time with Florida official license plates, enters the fortified gate. The guards allow passage for both, without question.

It is by way of the front gate that Carolyn and Bob Ford enter the jail, carrying a note signed by Cousin Curt, Head Jailer of Leon County. Curt has already welcomed the Assistant States Attorney, who will join them on a tour of the facility.

“It a pleasure to meet to you Miss Hanes. You are one of Tallahassee’s true treasures.”

“You are too kind, Attorney Morrison. I have been keeping an eye on my hometown for some time. California is so different and a world away from the Old South. Laws seem to be so liberal in comparison, you know, like abortion.”

“Yes Miss Hanes, we are proud of our enforcement of the laws of Florida. In fact, we have been assembling a case against a Negro doctor who we’ve been watching all summer. He is at this jail right now.”

“Is that Alpha O. Campbell?” Lyn asks, not so innocently.

“I had a good friend who was a witness, way back in ‘31, when his mother-in-law was killed.”

“He is such a dear man, helping folks who don’t have much money. Y’all need more doctors like him, instead of taking him out of the community. I plan to do an article on his life.”  She is layering on a thick blanket of underpin to aid her plan. “Say, is not your boss going to run for Governor?”

“I thought you wanted to observe our successes in the incarceration of criminals.”

“Well yes, but wouldn’t that automatically make you States Attorney for the State of Florida?”

“When or if Wilbert Hopkins is elected Governor, then I would run the Attorney’s office.”

The seeds of ambition are scattered on the ground, for the seeing. 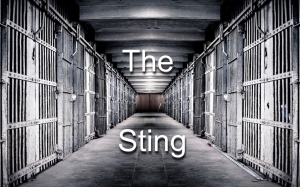 “Oh, the tour, let’s continue. Is this the infirmary, Curt?” She winks at him with her far eye.

The look on his face is screaming, ‘You are getting red hot!’

“The door is locked,” she states.

…I got a special use permit for the stable, so keep you and “our” horses noses clean…

Coaches, Eddie Dombroski. His footman/cousin Rex is where he always is, with the horses. The two of them have assembled three wagons and six horses, every one of them living the kings’ life behind Worth Moore’s new Near North Chicago Louis Sullivan residence. (The coach house concept is quickly losing its relevance in modern Chicago, with automobile garages replacing the buildings where the horses and carriages used to be kept)

“It’s a good thing we hired some new coachmen – two of them are 70 years old for crying out loud – but this will be like falling off a log for them, they were born in 1880 for crying

out loud! They are used to the horse ‘n buggy.  I can’t keep from poking the floorboard for the gas and brake.”

For crying out loud.

“You do not need any accidents, Eddie. I got a special use permit for the stable and out of the ordinary liability insurance, so keep the place and your nose clean.” Attorney Moore is ankle deep in horse apples, knee deep in hay and up to his neck in angst.

“Not to worry Worth old boy, Rex has everything under control. I remember when we were kids and I was out visiting his pop’s farm, two of the cows and a goat got through the fence and were walking down the Burlington Northern train tracks on their way to Downers Grove.Well Rex and

me jumped on a couple of their hay-burners and went over to round them critters up, which was good because there was a mile long freight train loaded with coal trying to get to the city and the engineer was furious because it takes him 5 miles to get up to speed from a dead stop. But we went over to the General Store and bought him a carton of Camels and a Baby Ruth and he was happy.”