…We were expecting to get away earlier, but the Blue Ridge Angel has to undergo some sort of Federal inspection…

“When he gets there, make sure you have a 24 hour bodyguard for him.” Constance knows that the world is about to find out that his (Libby) demise was

greatly exaggerated. “And do not trust anyone and I mean anyone. If President Truman personally invites him to the White House, have him produce 2 forms of identification.”

“Billy knows what is at stake,” Ace being the de facto security chief for the Crusades, which is akin to being the FCC censor for the Mickey Mouse Club.

Meeting Ace at the airport this time does not mean Meigs Field, but rather Midway

Airport. “That whole airport has a footprint of one square mile,” he tells her, as if she would know the difference. With houses and businesses on all four sides, passenger planes must literally drop from the sky, in order to have enough runway length to come to a stop.

“What time are you flying in?”

“We are leaving out of Kansas City tomorrow night at 5:00. We were expecting to get away earlier, but the Blue Ridge Angel has to undergo some sort of Federal inspection before they

would let us out; took their sweet time at that.”

“The CAA has been a little prickly lately, word has it that there are changes afoot, seeing that jet airplanes crash faster than props. Plus, Kansas City is a regional hub, so they are grabbing planes and pilots left and right,” Ace relates. “And like the IRS, they have us by the shorthairs.”

“You’ll be okay, didn’t you ‘gradiate’ from the Wilbur Wright Flying School?”

are bad automobile drivers out there, take a ride with an inexperienced airplane jockey,” Ace is one of the world’s most experienced civilian flyers out there and has seen his share of close calls. When the plane can carry 30 or so people, like the one he is about to take off in – in a few minutes, the potential

death toll far exceeds any single car accident. “I’ll see you at about 7:30. That should give me time to park this thing and take care of my entire Bible toting army.”

“Is any of the Good Book rubbing off on you?” she can only hope.

“I’ve turned a few pages,” there may be hope for him after all.

“The desire to fly is an idea handed down to us by our ancestors who… looked enviously on the birds soaring freely through space… on the infinite highway of the air.” 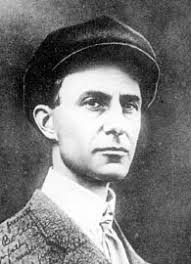