…They gather together to ask the Lord’s blessing…

To say that the Space Family McKinney is spread out as far as the eye can see is a monumental understatement. King Ranch is Texas big, but even there, you cannot see from one end to another… as compared to wherever in God’s Universe the other Mckinneys are.

Braden King, the Crippens: Roy & Francine and of course the McKinneys: Gus & Mindy are all together, which is rare considering their considerable reach among the planets of the Terran System.

The reason: the commitment to preserve one of the most overlooked holidays that ever was… having been trampled by a herd of goblins & ghouls and that jolly red man in the red & white suit… Thanksgiving.

That very day, a fresh tom turkey had been secured by one Gus M., not with a laser rifle, but an old fashioned double barrel 12 gauge shotgun. The East woodlot is teaming with the large wild birds, though getting close enough to actually bag one is not an easy feat.

“There is nothing like a fresh turkey, Gussy! Thank you for taking time out from shooting disruptor beams at aliens ships to provide us with this wonderful treat.” Francine Bouchette-Crippen has commandeered the kitchen from the ranch chef for the day, who gets to cross the border to celebrate a Mexican version of Thanksgiving, likely involving a pig w/an apple stuffed in its mouth.

“He still smells like gunpowder Francine. He refuses to take a shower because he might miss the kickoff of the Houston Texan’s game!” Mindy McDonald-McKinney

bemoans the New World Football League, though she secretly roots for the London Royals because she thinks Prince Harry’s oldest son is cute.

Prez Roy bemoans something entirely unrelated to the holiday, “Harper Lea Bassett has taken down the NASA exhibit in the West Wing. What will that **%@!g woman do next, convert the Oval Office into a hair salon?”

“Roy Crippen! You forgot to re-calibrated the convection oven! It’s still 25 degrees shy of reality, so it looks like we’ll be eating at 5:00 instead of 3:00.”

That was intentional on purpose. The football game would not be over at 3 o’clock.

He and Braden King do a fist bump.

Gus McKinney just sits back and laughs. He gets a kick from the “old” guys. 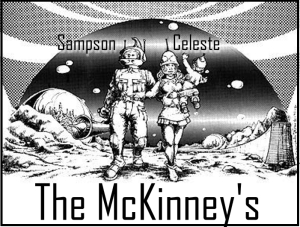 The fact of the matter is that the Earth will keep on spinning regardless of the exact time of their dinner. Another fact is that they are truly missing a huge chunk of the family in the persons of Sampson, Celeste and Deke {they have yet to meet Deimostra}.

Some facts must be kept in perspective, like the annual celebratory dinner aptly named Thanksgiving. They have each other and a God who deserves the recognition.

The Texans lose in overtime.

Gus McKinney gives the blessing, “Dear Lord, thank you for this wonderful meal, my loving family… and is Lorgan really YOU in disguise?” 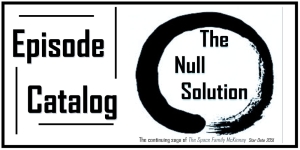 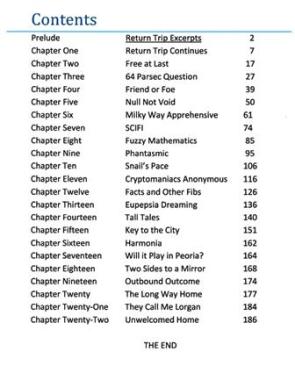